The Market Lavington Produce Show in 1993

Lavington Produce shows continue quite happily in the 21st century. Entries may go up and down, depending on the vagaries of the growing season, but each year the show looks good.

Except, that is, in one department. We no longer have a children’s’ section. Entries had dwindled to just about nil.

But twenty years ago it was very different as these pictures show.

Gardens on a plate by Lavington children in 1993

Here we have gardens on a plate and there was a real jostle for space with four different age ranges.

The same was true of the decorated wooden spoons. 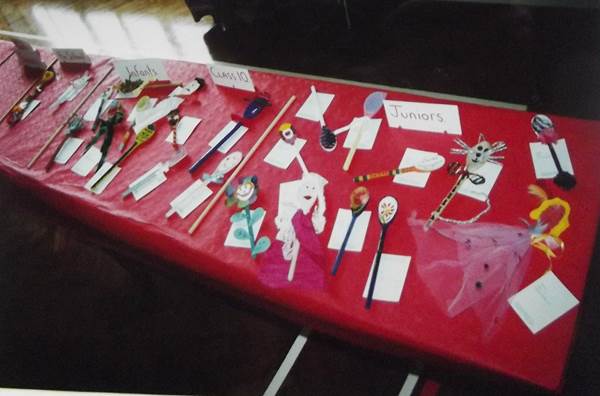 There are some really cute entries there.

Has anyone any suggestions as to how youngsters could be encouraged back – or perhaps how parents could encourage youngsters to get involved? Or is this an event which only appeals to an older age range?

It would be good to get some of that sparkle back – as shown by these entries from twenty years ago,