The Market Place – but when?

Here’s a photo of Market Lavington Market Place with some kind of parade lining up – both military personnel and youngsters in scout uniform.

A parade in the Market Place, Market Lavington

It isn’t the best quality photo you ever saw and we haven’t fully worked out when it was taken, but it has much of interest.

A separately written caption tells us that this is an Armistice Day parade after World War 1. This could, technically be correct, but it certainly isn’t immediately after the first war. Take a look at the rear end of a car which is in the photo. 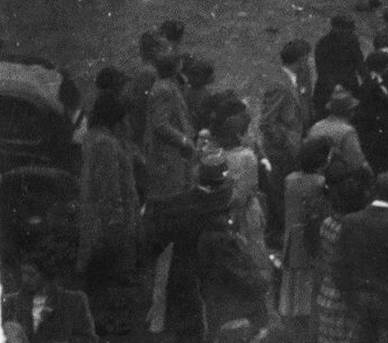 Whilst we can’t positively identify that car, it looks to be something built from about 1937 onwards.

Now we are going to look at the hotchpotch of buildings at the back of the Market Place. 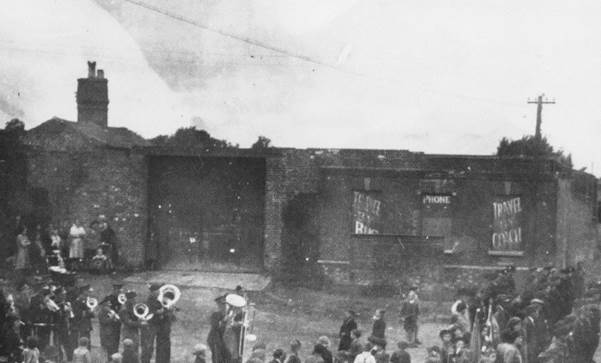 Where Fred Sayer kept his suite of buses and charabancs

This had been where The Lavington and Devizes Motor Services had stored vehicles. The windows on what was left of the lovely old house to the right carry evidence of that usage. 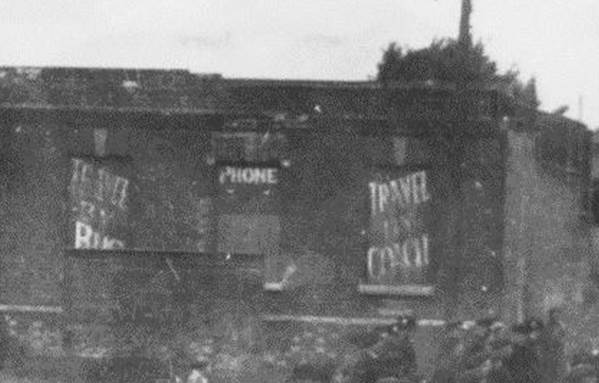 We are advised to travel by bus or coach

There was can see the notices urging us to ‘travel by bus’ and to ‘travel by coach’. The middle window indicates that a phone had been used by the company. But this doesn’t help us with date.

A small contingent of Market Lavington Prize Silver Bandsmen are playing. The bass drummer looks to have a young admirer.

On the right of the photo is the main collection of people on parade. 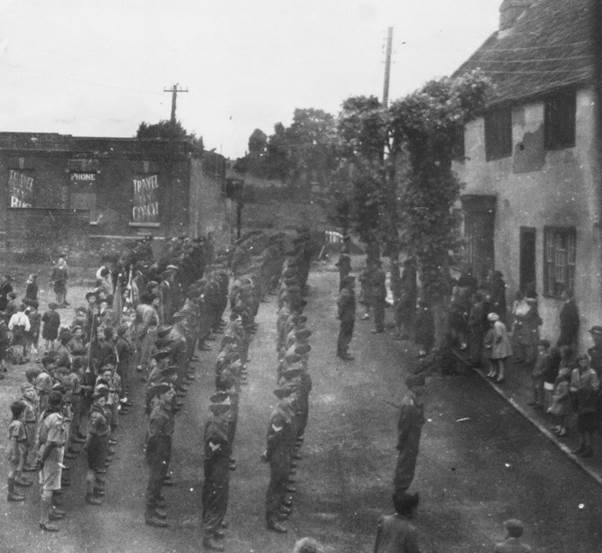 Men and boys on parade in Market Lavington

It looks as though the soldiers are wearing forage caps which were introduced in about 1939. It seems to point to a time for this photo being the 1940s. Unless you know something different!