This tiny photo, not in good condition, shows two lads. 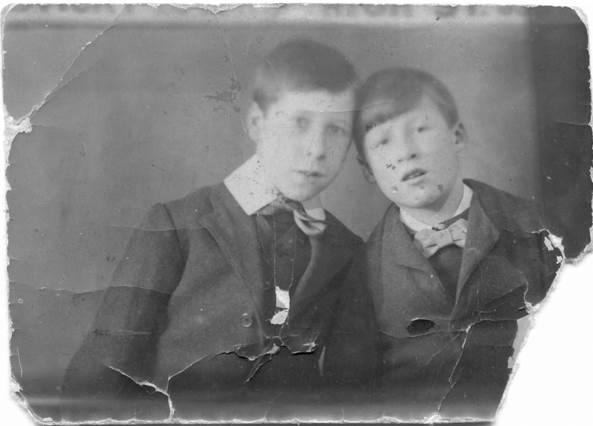 Now that’s not too bad for an original image measuring 5.5 by 4 cms.

The back has a hand written caption. 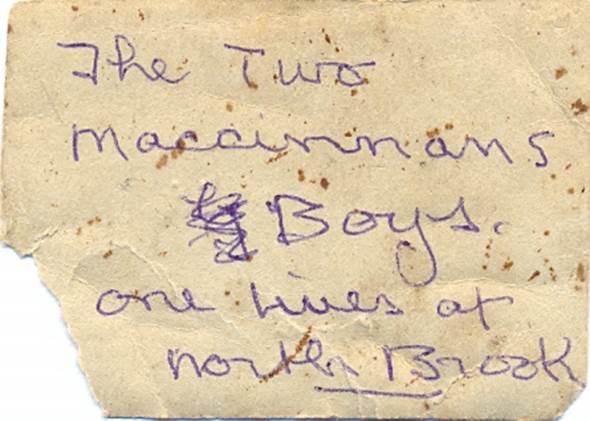 We’ll amend the spelling a bit and say we have here two McKinnon boys of whom one lives at Northbrook.

Now the one who lived at Northbrook was Thomas McKinnon who was born in 1913. His family had been living in Easterton at the time of the 1911 census. They had two daughters then. Ernest, the other lad was born in 1912 so we surmise we have Ernest on the left and Thomas on the right. The Mckinnons clearly moved about for whilst Ernest’s birth was recorded in the Devizes district, Thomas’s was recorded in Pewsey. Subsequent daughters had births recorded in Devizes with one in Westbury.

Thomas married Vi Hurkett in 1936. They had a son called Malcolm.

This family all lived at Northbrook and are listed there on the 1964 electoral roll.

We know little of Ernest who may have been Frederick Ernest. He lived locally, but does not appear on Market Lavington records.