Our local people – and these days those from all round the world, have been absolute wonders at finding and saving documents of interest. That will be why we have some extracts from the journal of the Milk Marketing Board – a journal known as ‘The Milk Producer’.

Our extracts date from 1968 but refer to an item from much earlier. 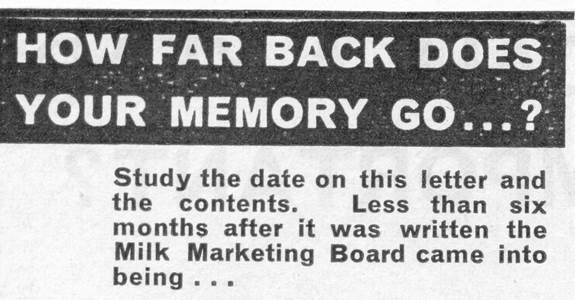 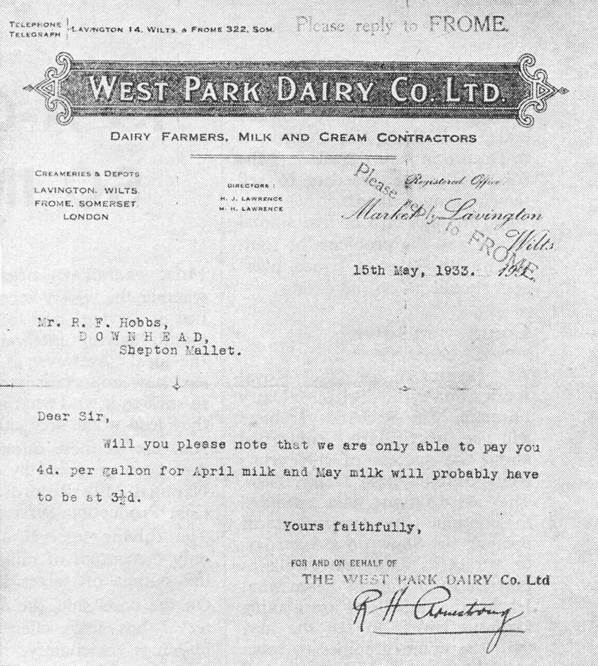 A 1933 letter about milk prices from the West Park Dairy

It is a letter from the West Park Dairy company telling a supplier that the price for milk is being cut to 4d (less than 2p) per gallon and that it will probably have to drop even more.

West Park farm, the registered headquarters of the company was and still is, of course in Market Lavington and remains a dairy farm.

Two months after this old letter was published, a letter came in from the then owner of West Park Farm. 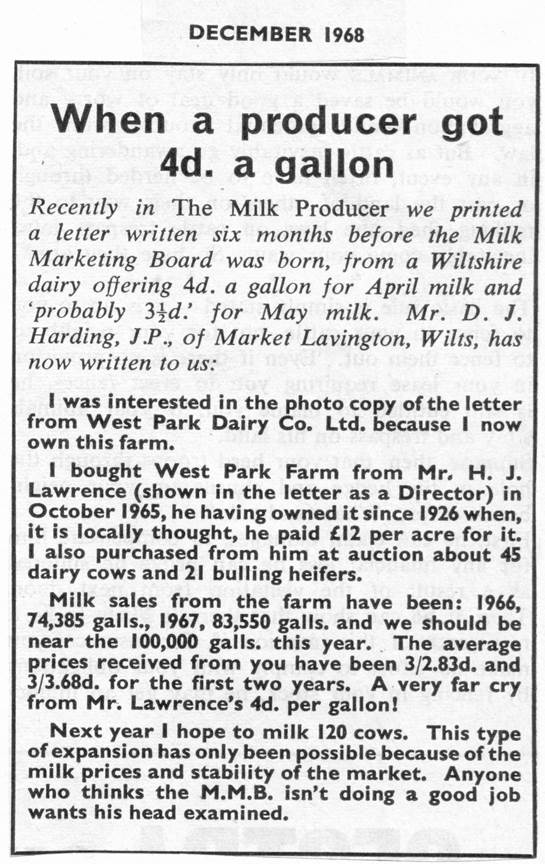 We think the current price is about 33p per litre which is about £1.50 per gallon.