The Miss Chinnocks’ School and the Huntley Girls

This picture has been seen before on this Market Lavington Museum blog. However, we have just been given another copy of the photo, which names two of the students. So let’s take a look again. 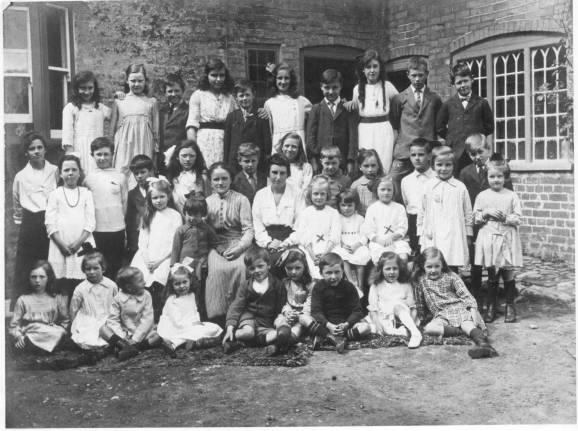 Two of the girls are marked with the letter X. The back of the photo names them.

caption on the back of the photo 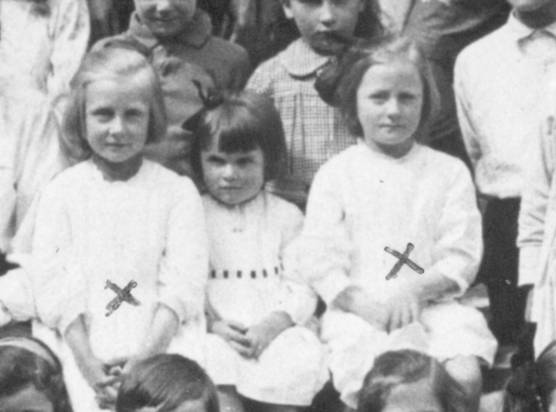 Olive and Laura were the children of Frederick Huntley and his wife Bertha Hibberd. Frederick was a farmer’s son and came from Wedhampton, which is part of Urchfont. Bertha was a farmer’s daughter and also lived in the Wedhampton area. They married in 1907.

We know that Olive Huntley married Clement Bowyer in 1940. The wedding took place in the Cirencester area, but in 1961, Clem, as he was known, became an agricultural contractor working from Drove Lane in Market Lavington. Later, the Bowyers moved to a house near the contracting business on Drove Lane. Olive was thus coming back to the village where she had been at school – The Miss Chinnocks’ School, soon after World War 1.

We do not know what became of Laura, the other girl marked on the photo. Of course, we’d love to know if anybody recognises any others amongst the young students.