The day has come. This evening at 7.30 in Market Lavington Community Hall the team will present their mix of photos, talk, sounds and food – all with a local theme. It’s a fantastic fivers worth.

Our men at work section (including women of course)  takes us from the farms of Eastcott through Easterton and Market Lavington and includes builders, publicans, shop workers, demolition – in fact many of the jobs that people do – in this case its local people – it could even be you. 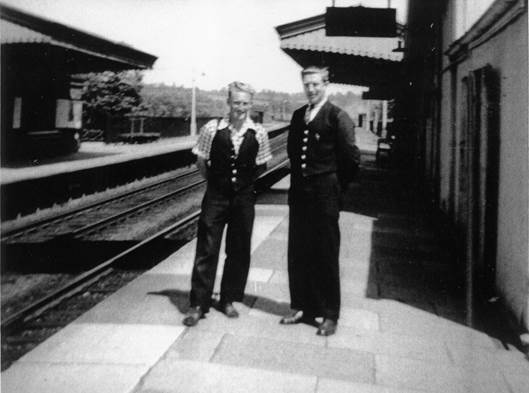 Porters on Lavington Station in the 1950s

We’ll do a tour of the villages – mostly photos we haven’t used before – maybe that will include your house, school or place of work. People appear in this too – like this photo at St Barnabas School in the late 1980s. 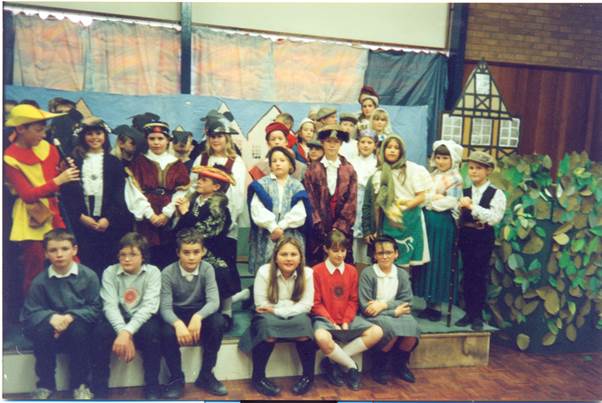 A performance at St Barnabas School in the 1980s. There are lots of people to recognise there.

The chances are you won’t see yourself during our piece on the extraordinary Saunders family. They form part of our village history in the nineteenth century – and not just our village. Family members had huge influence right round the world.

In Church and Chapel life we’ll look at the people and how religion influenced social life. Expect to see people performing in theatrical events or just having a knees-up at the seaside. 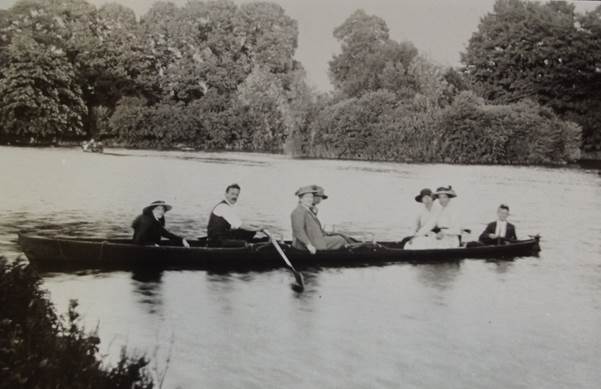 A Congregational Church outing at Edington

In ‘Sybil Remembers’, we’ll share some of the memories of Sybil Perry who was a pupil at Market Lavington School in the 1920s who, later, became a teacher there. 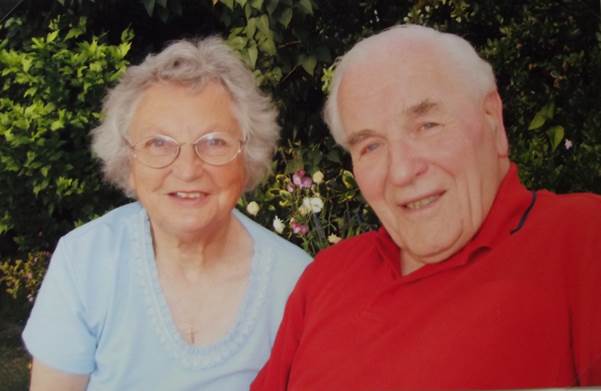 We plan to end the evening by showing just a few of our magic lantern slides. These date from about 1860 and were owned by Charles Hitchcock who owned Fiddington Asylum. 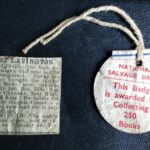 If time permits, which it probably won’t, we’ll share some metal detector items, ‘Found in the Soil’ with you.

And don’t forget the food interval – the high spot of the evening for some.