Christmas just wouldn’t be Christmas without children performing a nativity play – and I bet most adults will remember the part they once played and that expectation from parents that Mary or Joseph would have been the right role for their child.

For Christmas Day, this year, we are looking at a nativity play performed in St Mary’s Church.  Our records just give a date of the 1950s. We think it was probably very early in that decade. Most of the people shown here will be more than 60 years old by now. 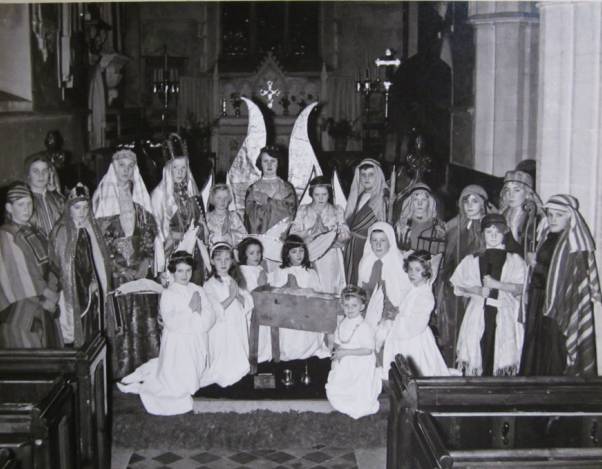 The named youngsters are Janet Burt as the Angel Gabriel and Josephine Stevens as Mary. Other youngsters known to be in the play are David Baker, Carol Davis, Tim Gye, Wendy Merritt, Susan Shepherd and Brian and Chris Stevens.

If you fancy a different Christmas Day activity, why not get in touch with us and tell us who else is in the photo. Maybe you have other memories of Christmas in Market Lavington or Easterton which you’d like to share with us.