Today’s photo of a school netball team dates from nearly 50 years ago. It was the members of the Market Lavington School team for 1964/65. If we look at that era in terms of number one records, then the Christmas 1964 record was ‘I Feel Fine’ by the Beatles. In January 1965 we find the Moody Blues at number one with ‘Go Now’. Tom Jones hit the big time in March with ‘It’s not Unusual’ and he was followed by The Rolling Stones with ‘The Last Time’.

But at Market Lavington School there was a netball team and here are the members. 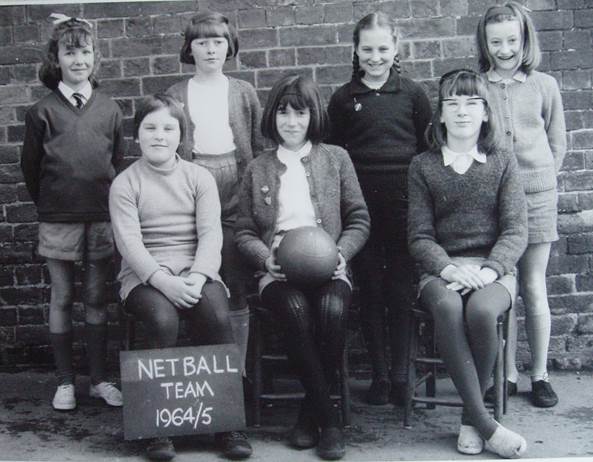 In the back row we have from left to right, Pauline King, then two we haven’t identified and on the right is Fiona Carmichael.

In the front row we have not yet identified the girl on the left but in the middle, and probably the captain, we have Marilyn Baker and on the right it is J Hancock.

As is often the case, the original captioning is poor and we may have misplaced those names.

It is a sobering thought that these girls will now be approaching the age of 60. Most probably married and thus changed their surnames. Some of them may well be grandmothers by now.

If you can identify any of these young ladies then do get in touch. It would be good if we could get some oral histories about growing up in the 1960s, perhaps from some of the girls shown here.