The Volunteer Arms, always affectionately known as ‘The Volley’ was on Church Street in Market Lavington, on the North side of the street near the crossroads. It closed in about 1989 which reduced the number of pubs in the village of Market Lavington to three. This photo shows the building at about the time of closure. 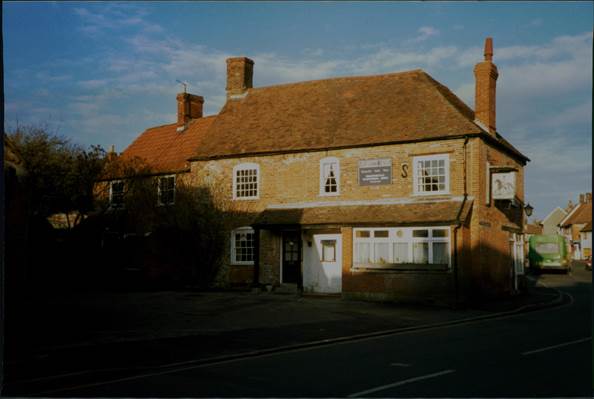 Two things, in particular, are visible. They are the pub signs. 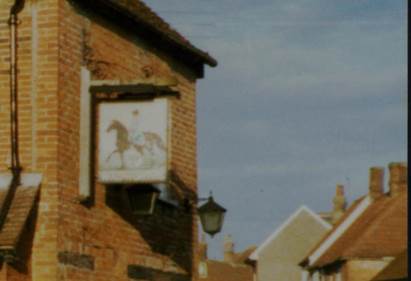 The bracket for that one is still in place in 2015. 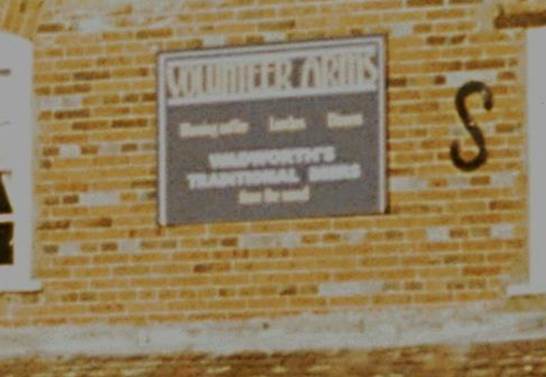 That’s stretched a bit far but is just about readable.

Locals very much missed the Volley when it closed yet we have few memories of this pub, which had once been called ‘The Angel’ at the museum.

The view alongside the pub and into High Street is interesting. 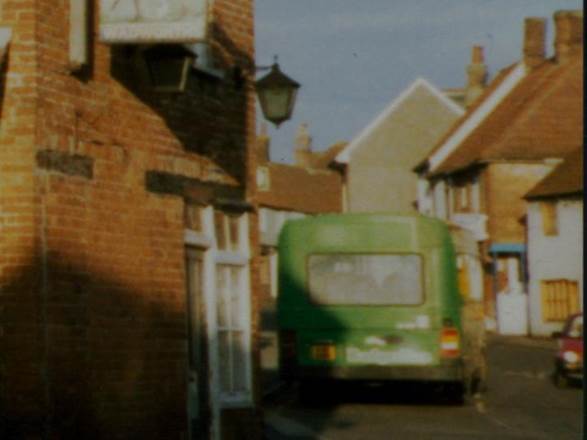 The bus dates from the era when they went under the name of Badgerline. At that time the buses all terminated at Easterton and turned round at the road junction just below the jam factory. There was no regular bus service linking Market Lavington with Urchfont.

So a simple photo of a pub on the verge of closure can remind us of other things from the same era.