The painter left his mark

Back in the early 1970s redecorating was going on at Knapp House (formerly Knapp Farm). Marks left by previous generations of decorators were discovered and, no doubt in trying conditions, were photographed. It’s one of these photos we look at today. 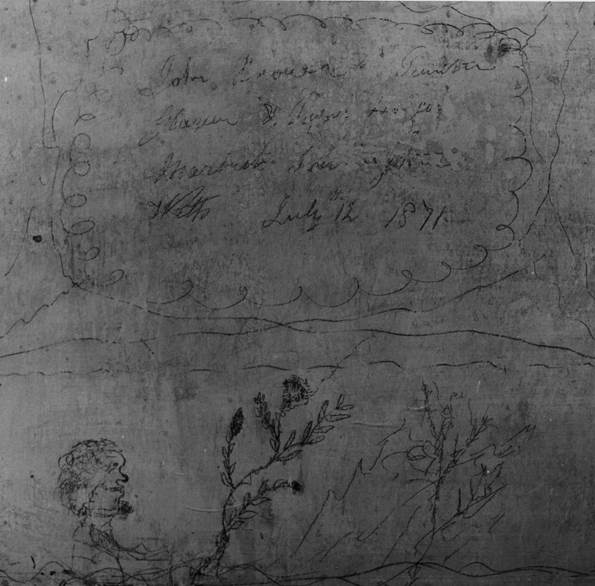 Marks left by painter, John Brown at Knapp Farm in 1871

The writing at the top is mostly clear and says, ‘John Brown, painter glazier and something (perhaps related to plumbing or paper hanging), Market Lavington, Wilts – July 12th 1871.’

Very handily, 1871 was a census year and so we can easily identify John Brown. In that year John was living on Church Street (just across the yard from the old Volunteer Arms). He was aged 40 and was described as a journeyman painter. He had been born in Erlestoke. His wife, Mary, was nearly ten years older than John and had been born in Coulston. The two children at home, aged 15 and 11 had both been born in Devizes. However, they had been in Market Lavington for the 1861 census and were still there in 1881 and 1891.

The sketch under the name appears to be of a person tending the garden. Could this be the Lady of the house?