Hand tools for all trades were the only tools until comparatively recent times. In Market Lavington, power in the form of electricity came to the village less than 100 years ago and powered tools were an expensive luxury for craftsmen until about 50 years ago. Many carpenters continued to use hand tools, particularly if only occasional usage was needed. We have just recently been given a number of planes that were used in Market Lavington for generations.

The one featured today is a beading plane. 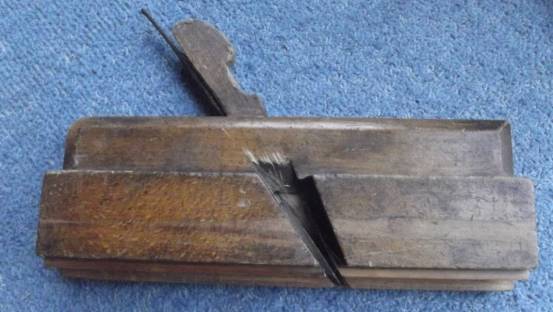 This is a simple wooden frame with a wooden wedge holding a steel blade in place. 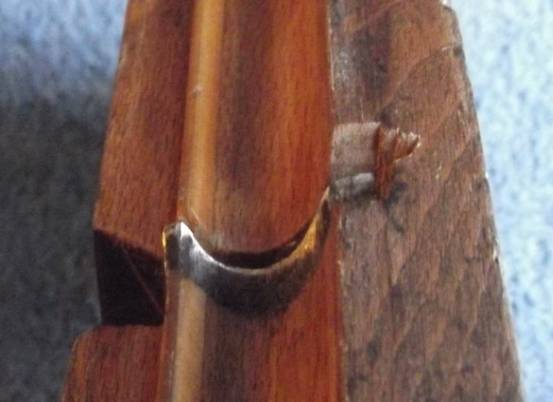 There we see the cutting edge of the blade – designed to leave a raised beading, which is roughly semicircular in section.

This tool appears to have been made by a Sheffield company – W Marples and Sons but it also carries a defaced mark – that of Holbrook of Bristol.

We know that this tool was used by a man who worked for Gyes, the carpenters and wheelwrights of White Street in Market Lavington. The man concerned was Charlie Burnett who we have met before on these pages. (Click here)

Charlie was an Easterton born man and we do not know where he served his apprenticeship, but possibly in Easterton. Charlie followed his blacksmith brother, Bert, to Gyes – we think in the 1930s. He probably took his own tools with him when he went there so he almost certainly already had this plane.

We know it was Charlie’s for like all good workmen he took care, not only of the condition of his tools, but also of its security. The tool was and still is, clearly named.

Charlie stamped his plane with his name, not once, but twice. On the other end he has overstamped the manufacturers name. 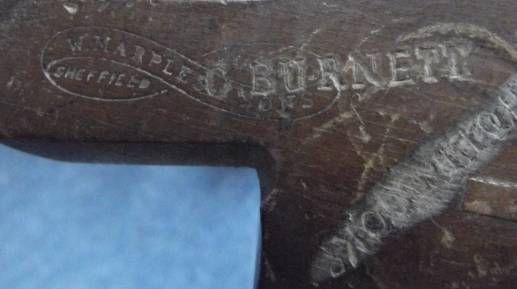 We can also see the defaced Holbrook name on this end.

We’d guess there are plane experts out there who’d be able to tell us who did make this plane and roughly when. Do, please, get in touch if you can tell us anything about it.