During the Second World War it was imperative that as much food as possible was grown in Britain. Areas of what might be called leisure ground were taken in hand to be productive agricultural land. This happened in Market Lavington, as elsewhere.

So here we see what had been the Warrington Playing Field. Goal posts are still in place but the pitch has been turned into a potato field. 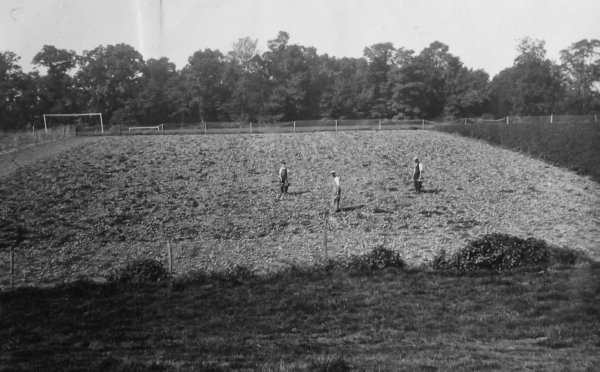 The caption on the back of the photo suggests the men in the picture are harvesting the crop, but we can see no sign of that happening.

Can anybody name any of the men?