The Potter family at home 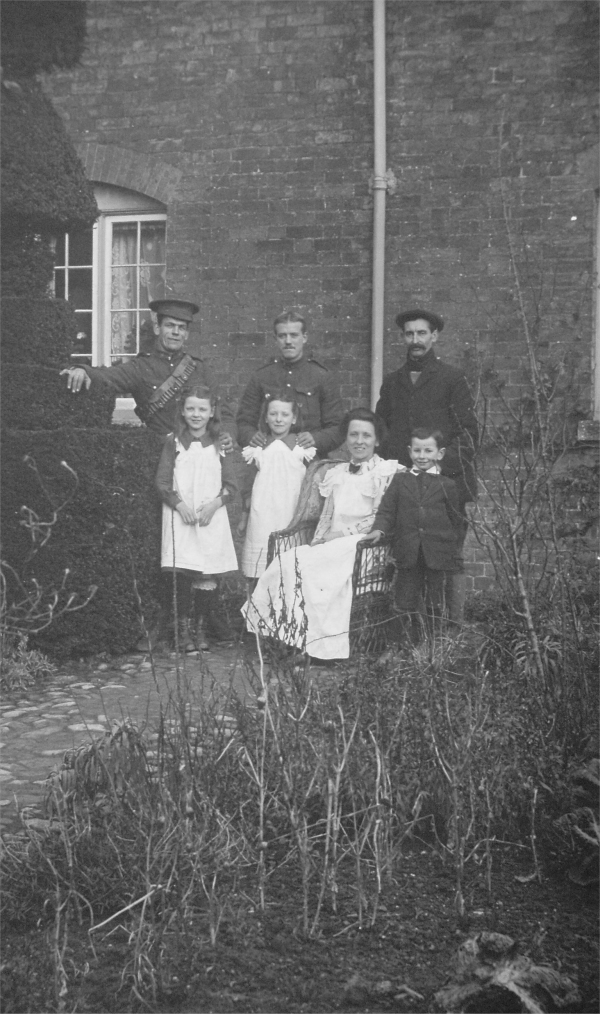 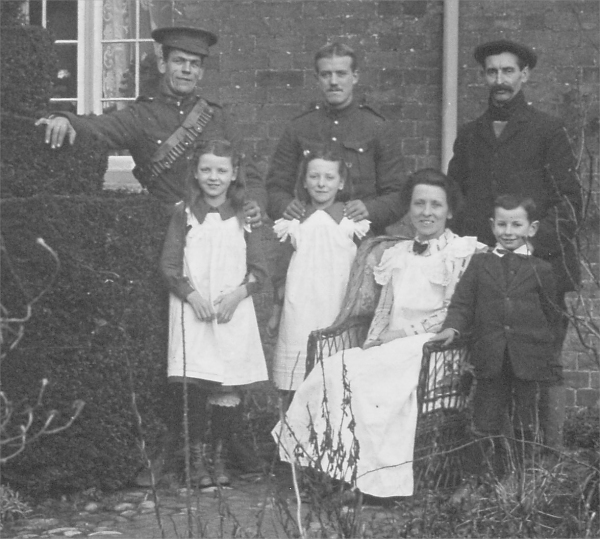 A close up on the people

Edwin Potter was born in about 1876. He was the son of Edwin who ran the horse bus service between Market Lavington and Devizes. Our Edwin, the younger, was brought up in premises next to The Green Dragon which had formerly been The Bell Inn (now Old Bell House). In 1901 he worked for his father, who also farmed, as well as running the buses. 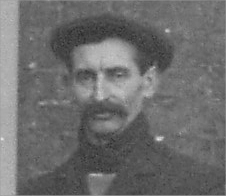 Edwin married Mary Ann Pike in the spring of 1903. She had been living in West Lavington in 1901. 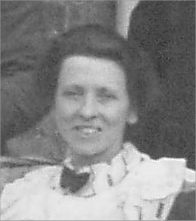 The couple were blessed with children. Helena May was born in 1904, Amy Kathleen in 1906 and Edwin John in 1908. This family occupied a house on Parsonage Lane in 1911 and they were there when our photo was taken in 1915. Also present were two soldiers, believed to be Canadian, who were billetted on the family.

Edwin and Mary Ann remained at Parsonage Lane, for the rest of their lives. Mary Ann died in 1951. Edwin survived until 1959.

Of the three children on this photo, we have met Helena May frequently. She became Mrs Elisha, and taught at Market Lavington School.