The Primrose League was a political association attached to one political party – the Conservatives. This item is about a metal detector find. Writing about it does not mean that we support the aims of any single party. We try to deal in historical fact as far as possible.

The primrose was well known to be Benjamin Disraeli’s favourite flower. Disraeli was twice Prime Minister between 1868 and 1880. Queen Victoria was particularly fond of Disraeli and sent a wreath of primroses (picked at Osborne House on the Isle of Wight) to his funeral.

The Primrose League was established with the aim of spreading the Conservative message in Great Britain. It was founded in 1883, a couple of years after Disraeli’s death. It was active until the 1990s and was finally wound up in 2004.

Not surprisingly, the primrose was used as a badge for members of the league and one such badge was found by metal detectorist Norman on the old recreation ground in Market Lavington. 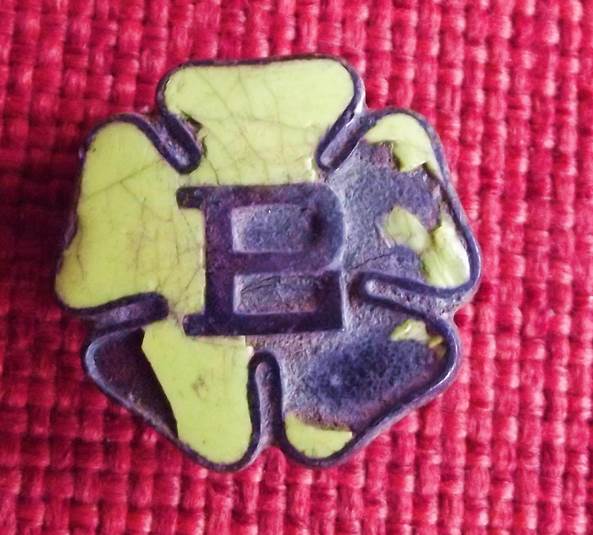 This button hole badge has a stylised primrose in yellow enamel (quite a bit is missing) and a monogram of the letters P and L set in it. 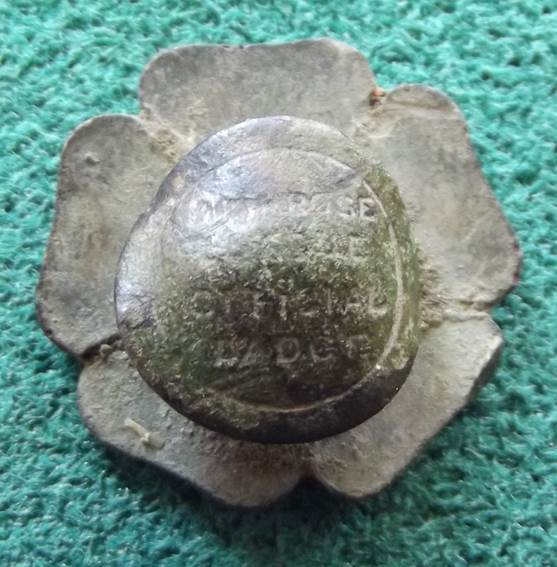 The back of the button hole fastening is embossed with the words ‘PRIMROSE LEAGUE OFFICIAL BADGE’.

This badge is 21 millimetres across which we think makes it date from before 1920.

Just possibly this was lost at a Conservative Demonstration we have shown on this blog. Click here to see that post.