Back in 1985 the Easterton Jam Factory underwent quite a major development. It was enough of a change for it to be officially opened by Princess Anne – no doubt boosting rural industry.

To mark the occasion a plaque was made and mounted outside the factory and this photo shows it in situ on the day it was unveiled. 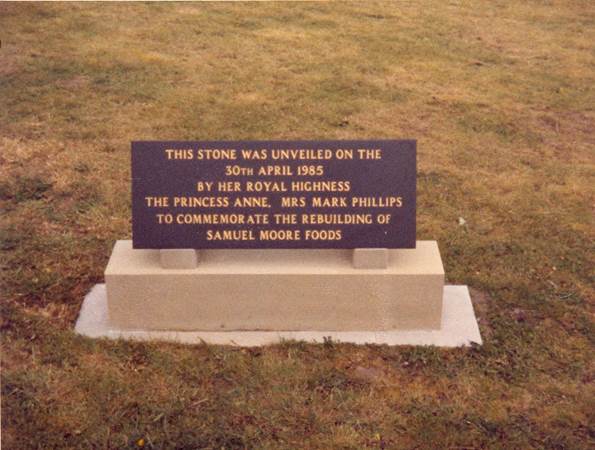 A memory of Princess Anne’s visit to Easterton in 1985

The date is clear – it was 30th April, 1985. After more than thirty years, though, people may wonder who Mrs Mark Phillips was. Officially she is The Princess Royal these days. Samuel Moore of Easterton founded the firm which really took off during World War One.

The jam factory had a comparatively short life after the rebuild. The final pot of jam came off the line on 9th October 1998. The plaque, and the final pot of jam, both have a resting place in Market Lavington Museum. After many delays the factory site was cleared and now has housing on it.