The Real Nativity has established itself as a part of Christmas in Market Lavington. The 2013 version had to be different from earlier incarnations. The storm lashed south of England was no place for an outside drama to unfold. The set up was altered so that the whole performance took place within the church – a far better bet this year for both performers and spectators alike. Mary, who produces this event, and her team did a fantastic job getting a changed version ready in a very short time.

Let’s see some photos of the action, saved for posterity at Market Lavington Museum. 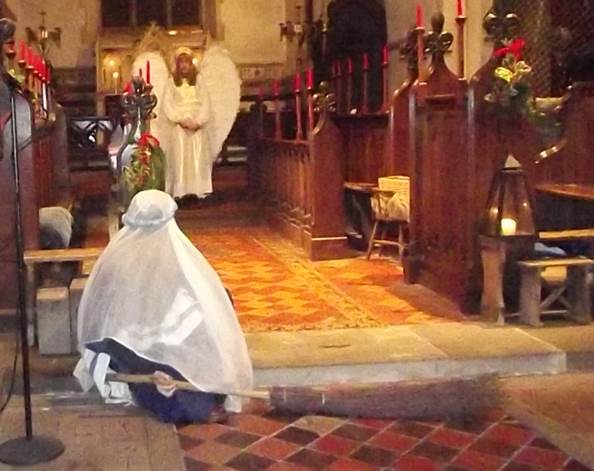 The angel appears to tell Mary she will have God’s son. 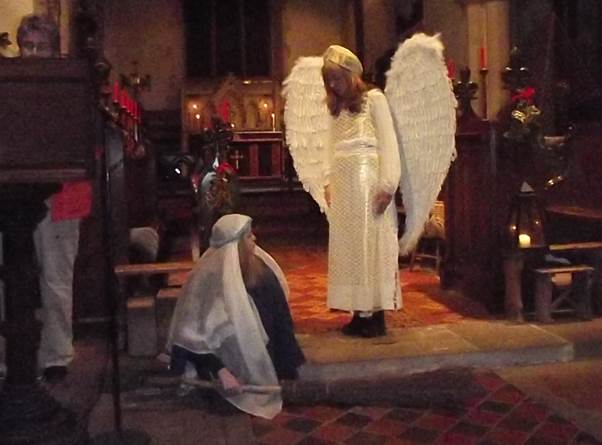 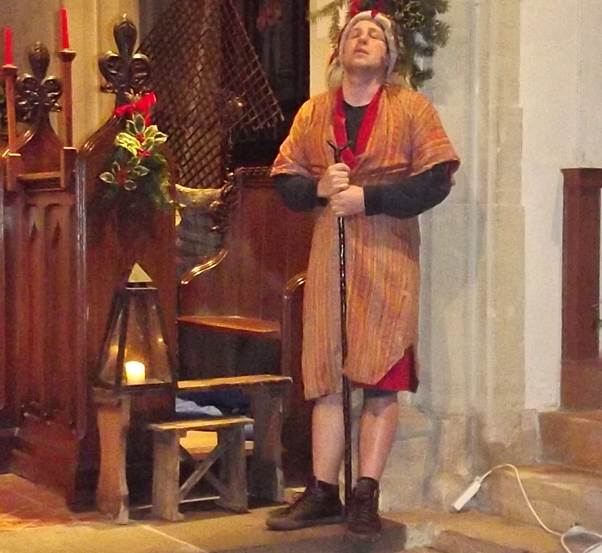 Joseph sees an angel in a dream who advises him that Mary’s baby is God’s. 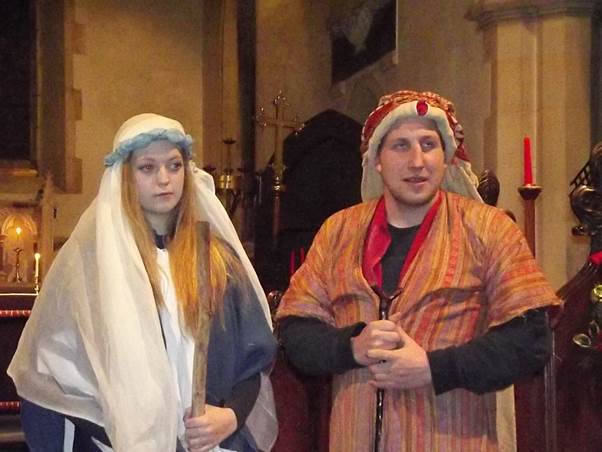 Mary and Joseph listen to Roman soldiers ordering them to go to Bethlehem for the census. 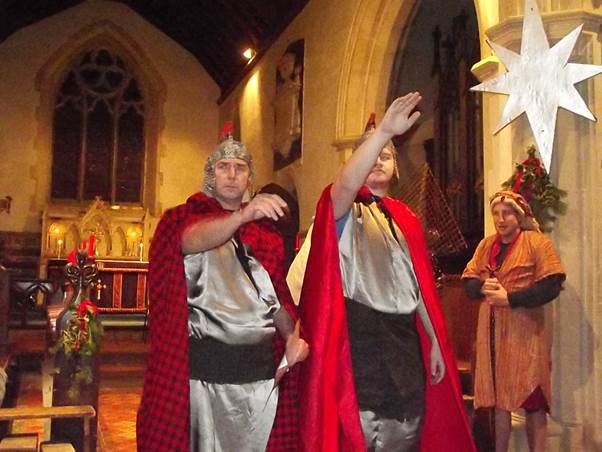 The powerful performance by these Romans made youngsters cry. 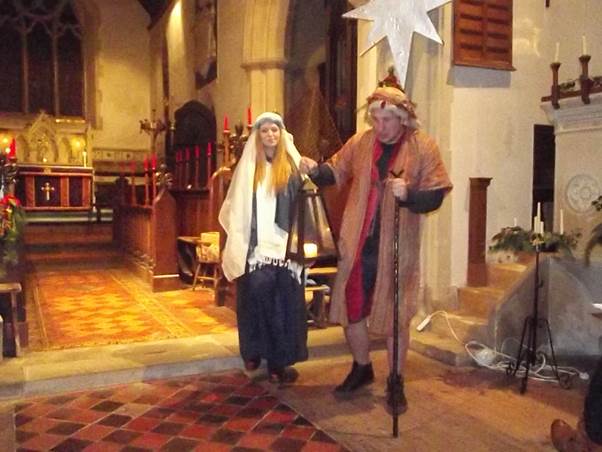 Joseph leads Mary off to Bethlehem. Had it been outside, they’d have had a real donkey, but for this performance they had to leg it! 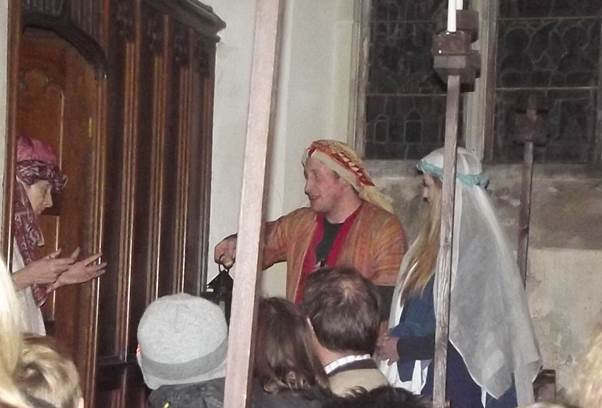 At the third and final inn they are offered space in a stable.

As we all know, Mary gave birth to her baby and laid him in a manger  in the stable.

Meanwhile shepherds have been advised of the birth of Jesus and they make their way to the stable. 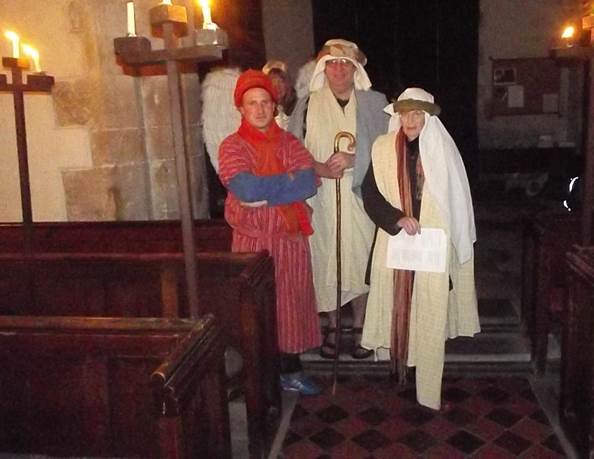 There’s an inn keeper looking on there as well.

The shepherds come and pay homage to Mary, Joseph and baby Jesus. 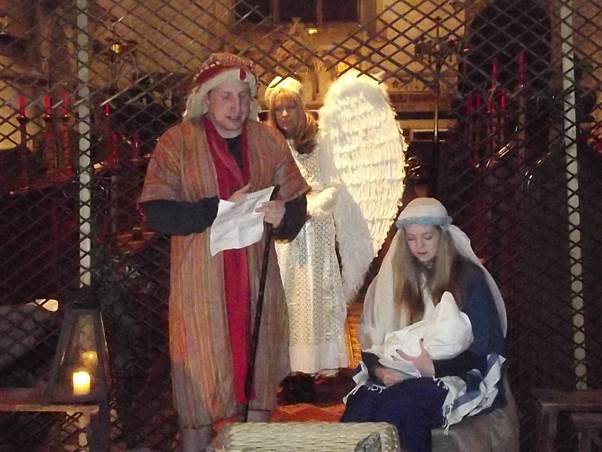 Mary cares for her baby. If possible a real baby is used but this year there just wasn’t one available or offered. 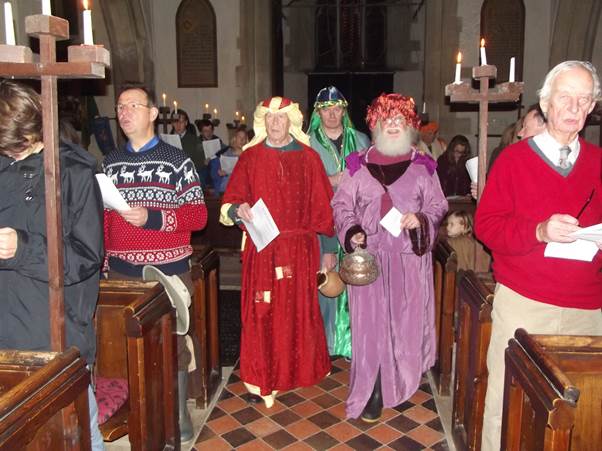 The wise men now pay homage to the holy family.

A pair of inn keepers join in the singing of the final carol. 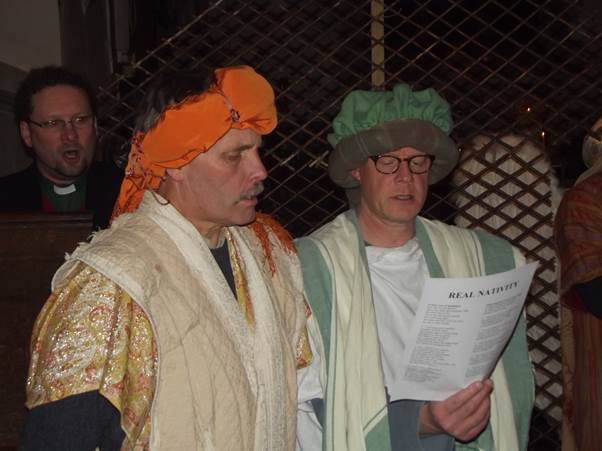 The cast take their curtain call. 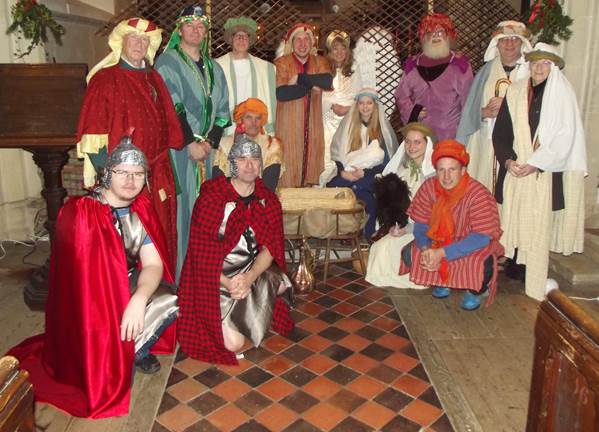 A mince pie and a chocolate for all who wanted completed  an enjoyable and moving performance.