The Retirement of Mrs Elisha

Mrs Elisha, born and raised in Market Lavington (as May Potter) devoted her life to children in Sunday schools and then as a teacher at Market Lavington School – the Old School as we now call it.

The school governors of that time decided that there should be an appropriate gift for Mrs Elisha, to mark the occasion and they felt sure that many people would want to contribute. This letter was sent out. 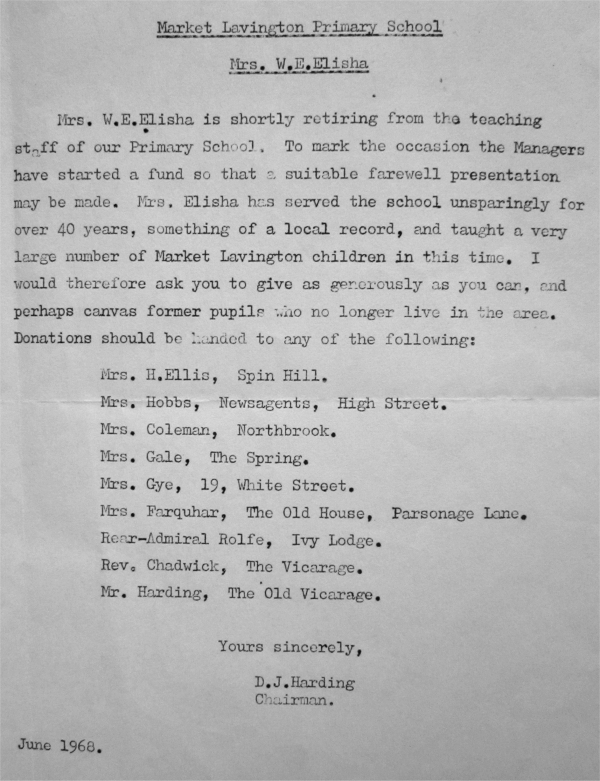 In fact, 1968 did not mark the end of Mrs Elisha’s teaching, for she returned, over a number of years to be a supply teacher. Former students at the new ‘St Barnabas School’ which opened in 1971 recall Mrs Elisha teaching from time to time. They also recall the almost reverential way in which she was treated by the headmaster at that time.

Mrs Elisha enjoyed a relatively long retirement. She died in 1991. Sadly she had no children of her own. Many of her effects can now be found at Market Lavington Museum.

Perhaps a blog reader attended whatever retirement ‘do’ was organised for Mrs Elisha, back in 1968, and could tell us about it.