The Ross Family at Market Lavington

Joseph Ross was a gardener. He was born in Welford near Newbury in Berkshire in about 1871.

In 1898 he married Florence Smith in the London area.

Sometime around the end of the first war, Joseph became head gardener for Lord Warrington who lived at Clyffe Hall in Market Lavington.

Amongst the few items we have at Market Lavington Museum about the Ross family is a delightful photo portrait, which was made into a postcard. It dates from the early 1920s and shows the entire family. 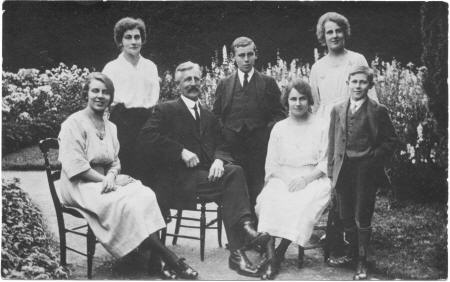 Joseph Bernhard Ross and his wife Florence Edith in the grounds of Clyffe Hall, Market Lavington

If you can help with more information about this family we’d love to hear from you.