The sad tale of Archibald Fergusson 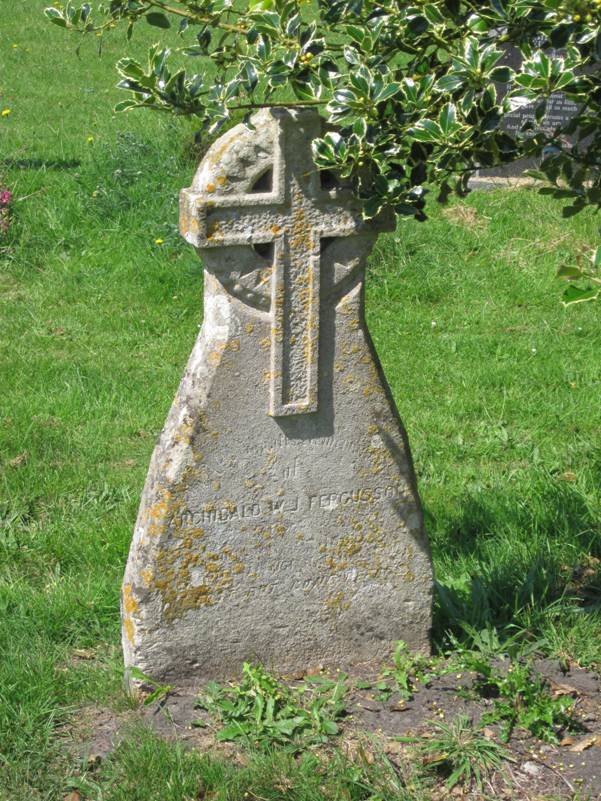 The grave of Archibald Ferusson

His grave is not easy to read – except the name, but the burial records can help to tell the story.

He was buried on 4th September 1869 with an age of nought (zero years). The officiating minister was F Daubenay and Archibald was recorded as an infant.

A small monument has Archibald’s initials but doesn’t quite line up as a footstone. 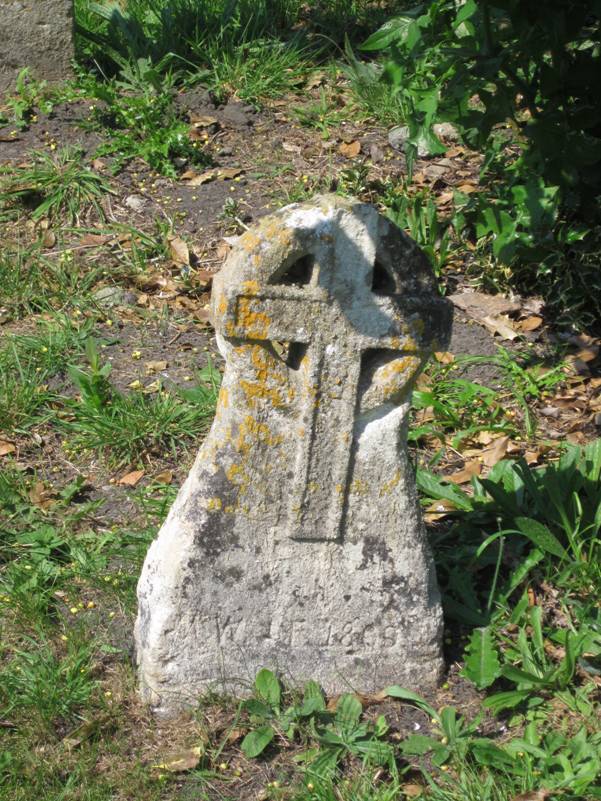 Is this a footstone? If so it is a bit out of allignment

The FreeBMD website tells us that Archibald’s birth was registered in the June quarter of 1869. The little lad did not last long.

His parents had married a year before. George Burbidge Fergusson married Jane Kite in the Lambeth district of London. Archibald, their firstborn, was born in the Devizes district and it’s a fair assumption that it was in Market Lavington.

And so we find that at the time of the 1871 census, George and wife Jane Fergusson were living, without any children, at Market Place, Market Lavington. George was a master maltster, employing one man. He had been born in Trowbridge in 1835.

But the story, for the Fergussons, was about to improve and maybe the presence of a nurse in the household was an indication that a baby was imminent.

In 1881 the family, with four children, lived on White Street, Market Lavington and George was now a farmer.

We lose the family from then on, so they must have moved away from the Lavington area. One of the children – a brother of Archibald who rests in Market Lavington, is in Stockport, Cheshire at the time of the 1901 census.

In the 18th century, Market Lavington had no fewer than 27 maltings. One of the last to operate was in the Market Place. Perhaps Archibald’s father, George, operated that one before he became a farmer.