Market Lavington and Easterton have been lucky enough to have had a scout troop since the early days of the movement. These days we have sea scouts which might seem odd in landlocked Wiltshire, but it gives real and different opportunities to the members.

In earlier days, as shown in this photo, the boys wore something like the normal uniform of the day. 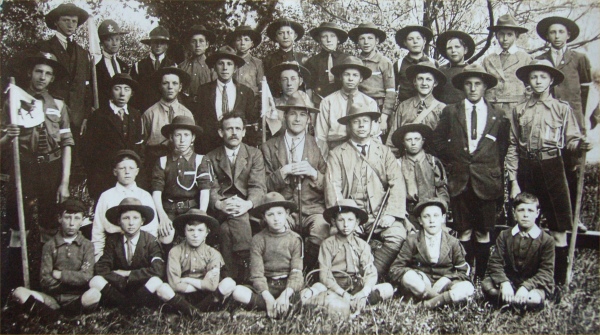 We know surprisingly little about the people in this photo. The man sitting just left of centre, wearing a suit and with his hands clasped on his knees is George Pike. He was one of the butchers in Market Lavington and very active in the Congregational church and village life in general. The lad and the man on either side of him are not known by us at the museum but they, too, can be seen in this enlarged section.

The boy in dark clothing second from left in the next to back row has been captioned as ‘Polar Ingram?’. The question mark indicates uncertainty but here he is with the other lads around him. 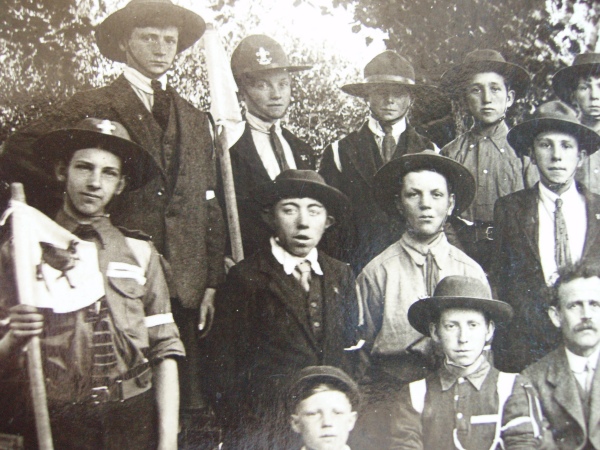 We think, based on the age of George Pike, that the photo dates from the 1920s. George was born in about 1877 in Trowbridge.

If you can name any more of the characters here then do get in touch.