Like it or loathe it, shooting is a part of country life. In past times, it was very much seen as a way of providing food for the table as well as ridding the countryside of animals that fancied the crops that people grew. 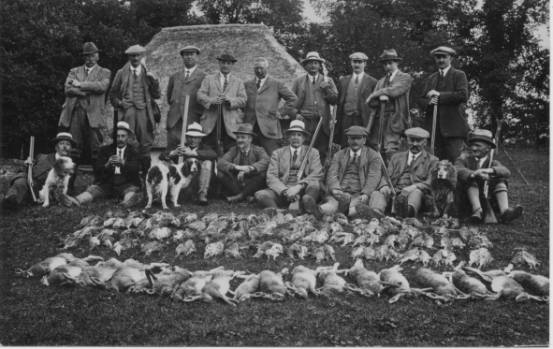 This group of locals were photographed at the end of a days shooting. They are at Knapp Farm.

This photo dates from the 1920s and whilst we can only name one man it’s a fair bet that a number of the local farmers and businessmen are there. 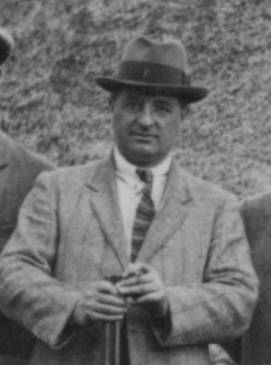 Mr Seymour, a member of the shooting party and a Market Lavington cheese maker

The man who can be named is the fourth standing man from the left. He is Mr Seymour whose cheese making equipment featured in these pages a few days ago.

There seems to be a fine haul of both fur and feather to share out amongst the shooters.

Can anybody tell us who the other guns were?