The Smash on Lavington Hill

What do people expect under that heading? It would almost certainly not be what the postcard below shows. 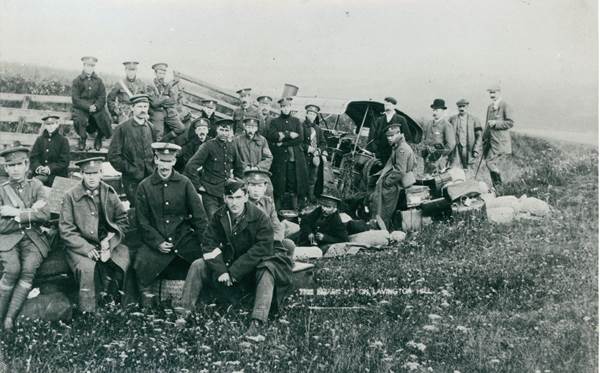 The smash on Lavington Hill

It looks like a bunch of soldiers sitting around and waiting, which is probably just what they were doing. Actually, there’s quite a fearsome scene in the background, with a traction engine at a dizzy angle and trailers it was hauling all over the place with luggage scattered everywhere. 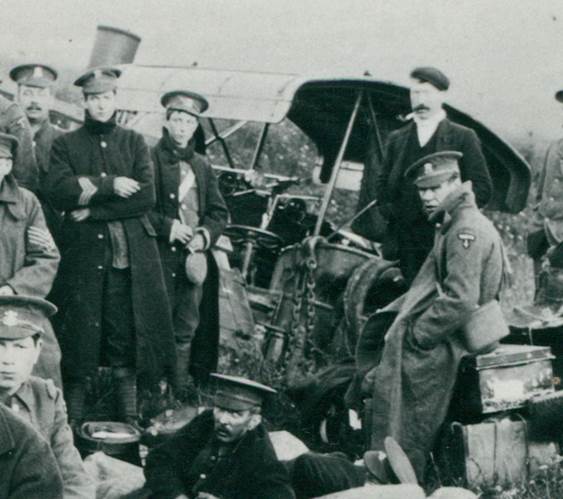 The traction engine with driver, believed to be Jimmy Oram

There we see the engine with a civilian engine man standing by, looking rather forlorn.

We have different stories about this card. Some say it was in 1907. Others say it was hauling Canadian officer luggage in 1914.

Somebody in the know will surely recognise if those men are Canadians?

Sitting and waiting – but who are they and when?

Peggy Gye, who purchased a similar image, captioned it. 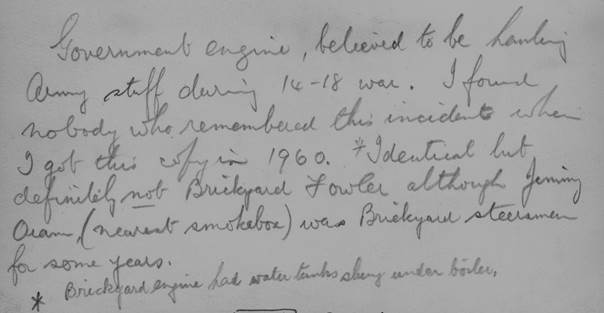 There’ll be no memories now, but maybe somebody could help with identification.