Earlier this year, as a display was being developed, we featured Charles Smith in mannequin form but with a singularly bald head. One of our stewards – a fantastic group of people – has now found a hat to make him look  less like an egg-head. 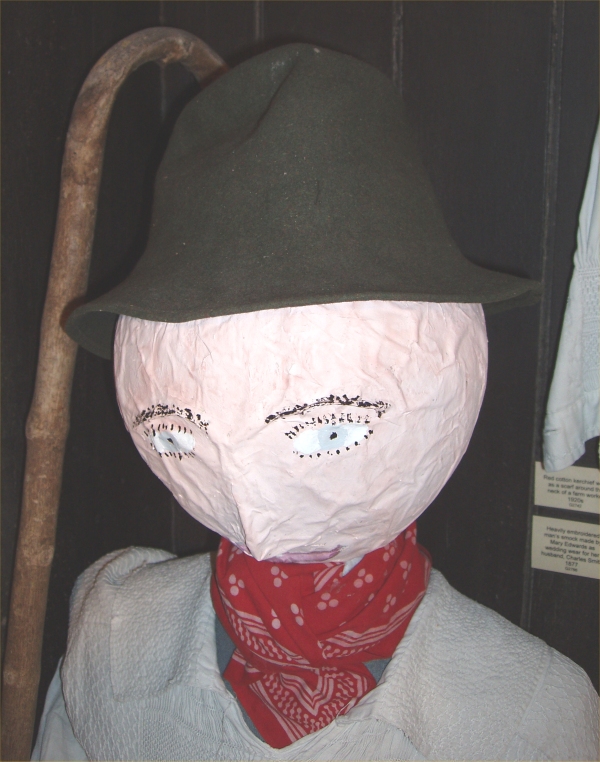 A felt hat has been added to Mr Smith. He looks so much better with it.

Even better is that a search through the photo archive has revealed a real photo of Charles, his wife, Mary Jane (her mannequin was featured too) and their children. So here we show the real Mr and Mrs Smith.

Charles and Mary Jane Smith and family. Charles, like many other members of this Market Lavington family was a dew pond maker