Who was the little girl?

“You get people all the way down to a little girl in Market Lavington and she’s recorded as donating all her pocket money – sixpence – to the Spitfire fund. It touched everybody.”

The backdrop to this interview was not local but this is what could be seen on screen at the time.

The whole service is available on the BBC i-player for a month after transmission so you can still see and hear it. The recorded interview, about the Spitfire Fund was shown just after the chief participants left Westminster Abbey – just about an hour and forty minutes through the programme.

We, of course, would love to know who the little girl was. Maybe any locals who did donate to the Spitfire Fund could get in touch with us.

And as a reminder – for we have seen it before on the blog – this picture of a spitfire was created at The Green Dragon out of donated coins. That was in 1941. 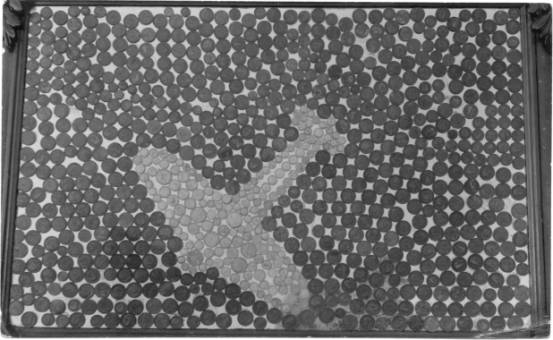