The Starita Players was the name given to a local Amateur Dramatics group. They feature in a number of Market Lavington Museum photos, sometimes in costume and at other times in normal clothes. This photo dates from 1944 – during the Second World War. This might explain why there were many more women than men.

This photo was a gift, to the museum, from Mrs Vear who appears on the photo under her maiden name. Mrs Vear has done a fine job of captioning the photo. Would that we were all so thorough. 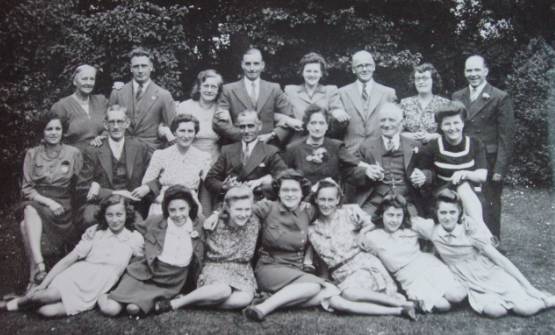 The Starita Players in 1944 - a photo at Market Lavington Museum

On this photo the people are:

Back row from left to right

Middle row from left to right

Front row from left to right