The Story of the Stone

Market Lavington’s fine ‘Remember’ stone has a little booklet all to itself. 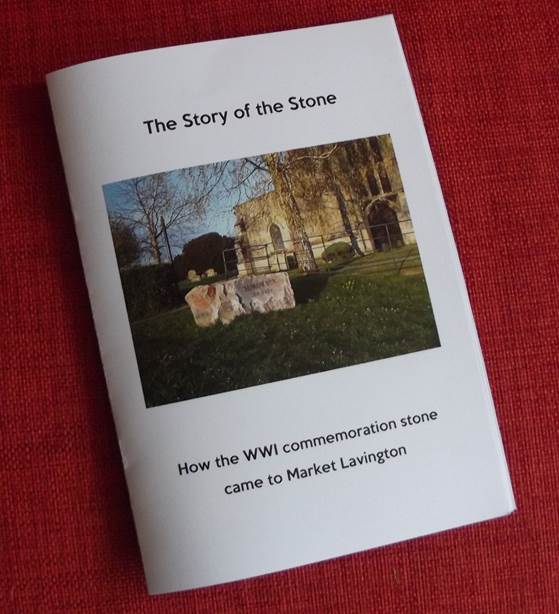 The Story of the Stone

The book was produced by Mike who could be called ‘the father of the stone’. It was Mike who persuaded a quarry company to give us the stone, found a contractor who could haul it, decided on the location and got permission to place the stone there. He organised the simple yet poignant inscription. Of course, we saw it unveiled, officially, last month.

The booklet is well illustrated and here we see Mike being the first person to sit on the stone and to look out over the fine view. 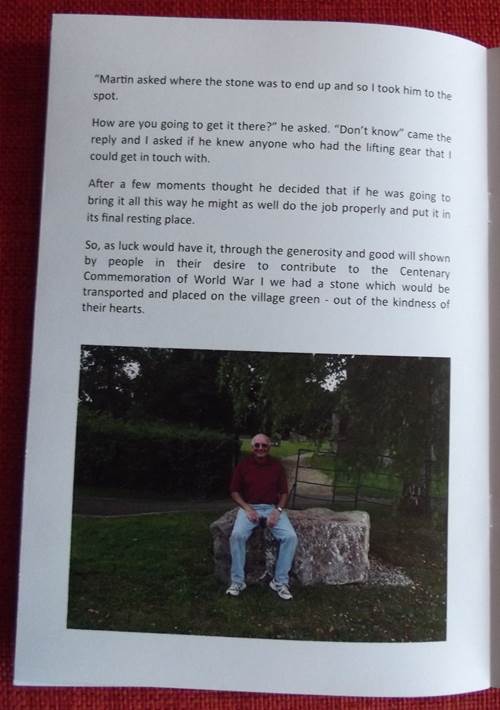 Another photo shows the engraved stone, before the paint had been touched in to the lettering. 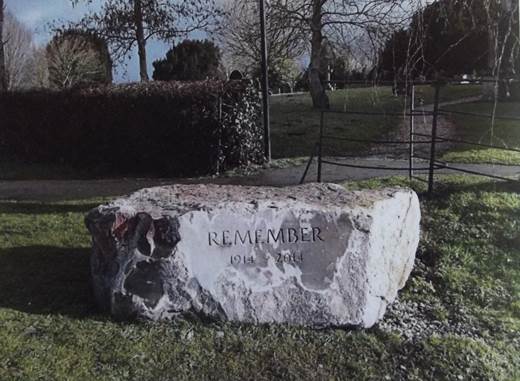 The book describes the process, right up to the unveiling. It really is the whole story of the stone.

As we understand it there are still a few copies left – on sale at the village Post Office.