Teddy Tail was a cartoon mouse featured in the Daily Mail newspaper from 1915. It was discontinued in 1926 but then revived in 1933 when the club for youngsters, the Teddy Tail League was founded. To join the league and get an enamel badge, and learn Teddy Tail’s secret sign six ‘seals’ from the Daily Mail had to be collected. The league soon had about 750000 members.

And we’ll assume one of them, at least, came from Market Lavington for our metal detectorist friend, Norman,  found a Teddy Tail League badge on the former recreation ground. 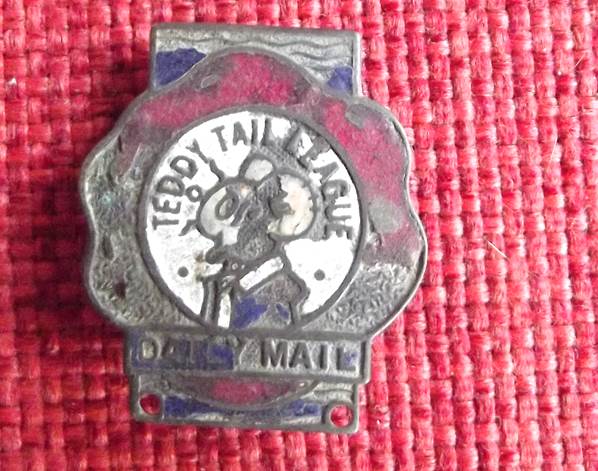 Much of the enamelling is missing but the legend ‘Teddy Tail League’ and ‘Daily Mail’ can be seen clearly as can the outline of the mouse himself.

Lost and found is very much a theme for 2015 but the display at the museum does not yet have any of the most recent acquisitions in it. So that’s something for the future.