A rather dull looking brown book which we have at Market Lavington Museum was a very official book for keeping records of tuberculosis. This was also known as consumption and was, pretty much, a killer disease. 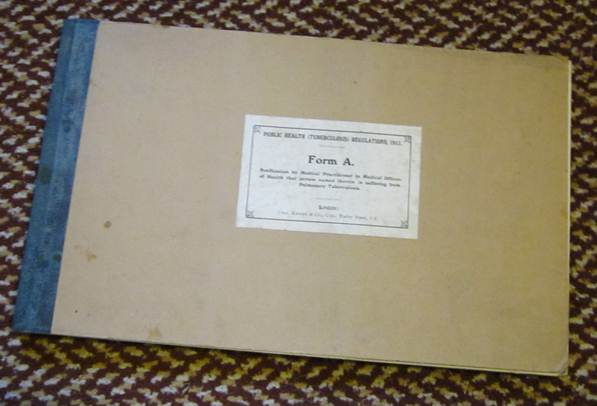 A rather dull looking book at Market Lavington Museum

There’s nothing very pretty about the front cover. I think you might describe it as brusque and efficient, but the publishers have made an effort with their own label. 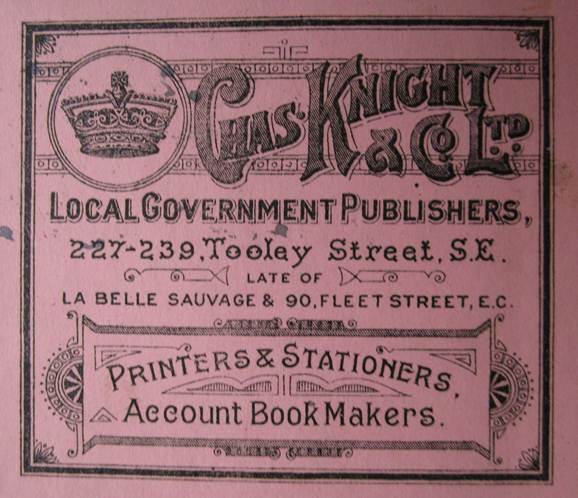 It is the inside information that is rather chilling – the diagnosis of TB for a patient. 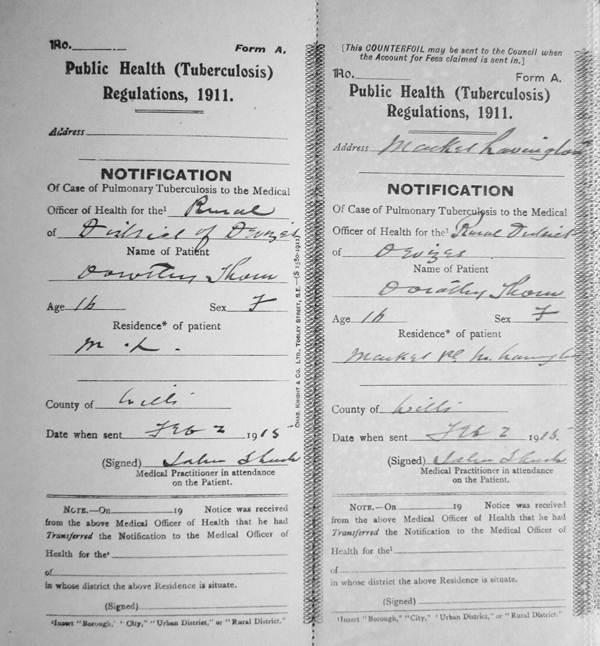 A patient is named – Dorothy Thorn, living in Market Lavington

Dorothy Thorn, the unfortunate patient, had been born in Weymouth according to the 1911 census. This sees Dorothy with her Granny, 63 year old Jane Axford, we believe in The Market Place in Market Lavington. Alternatively, she may have been Emily Thorne with parents Charles and Emily in Weymouth. Emily had been born in Market Lavington and we believe she was Emily Godden. It looks as though Dorothy was enumerated twice in 1911.

That might make up for our complete inability to find her on the 1901 census!