The visit of Gumdrop

This is another story inspired by an extract from a copy of Easterton Echoes. This time it is from issue 129 dated May 1986. And once again we have to say that this is really quite some time ago – just about 29 years at the time of writing. It’s ancient history to people under thirty.

Here is the extract which shows a document still produced on a typewriter ( one with a pale letter ‘g’). No doubt this was used to cut a stencil which was then duplicated on something like a Gestetner copier. This article was written by Mr Phill Laycock who was then head of St Barnabas School. This was (and is) the primary school, physically in Market Lavington, but built to replace Victorian schools in both Market Lavington and Easterton.  It is about a book week. If you find this too small to read remember you can click on the extract to open a larger version. 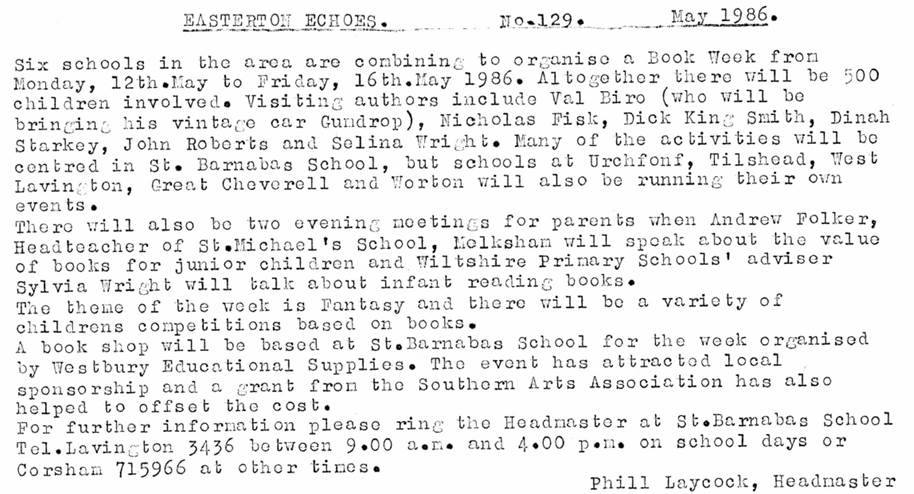 Book week at local schools in 1986

It sounds as though Phill had organised some top notch authors to appear and lots of fun for children – not only at our most immediate school, but also at other schools in the area.

The star of Val Biro’s books for children was called Gumdrop and Val did, indeed, bring Gumdrop to St Barnabas. Our curator’s children were both pupils at the school at the time and on reading this extract Rog looked through his photo albums and came up with this one. 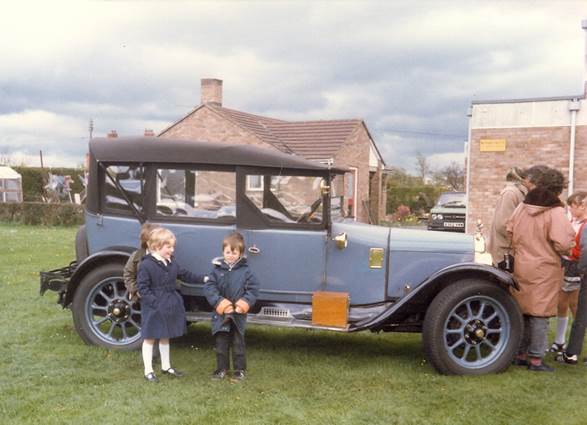 That’s Gumdrop with children in front. Those kids, of course, are now in their mid-30s. The location, of course, is St Barnabas School with the caretaker’s bungalow immediately behind Gumdrop.