The Volunteer Arms in the 1970s

Back in the 1970s there were four pubs in Market Lavington. Two still survive – The Green Dragon and The Drummer Boy – but the other two have gone. The Kings Arms is under conversion to housing as this page is published in September 2011. The Volunteer Arms closed its doors to customers close on thirty years ago. Our photo shows The Volunteer Arms back in the 1970s when it was still trading as a Public House. 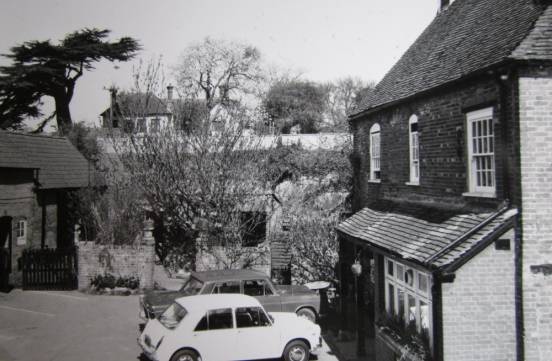 The Volunteer Arms, Market Lavington in the 1970s

The pub had once been known as The Angel and amongst former residents were the Potter family.  Edwin Potter became a carrier and set up the horse bus service between Market Lavington and Devizes.

We think today’s picture may have been taken by Peter Francis from his upstairs window, above the shop he had on Church Street.

In the foreground are two cars from the era. The pale coloured one is definitely a BMC 1100 but whether badged as an Austin or a Morris we can’t tell. The darker one, behind, is possibly a Vauxhall. Let us know if we are wrong! 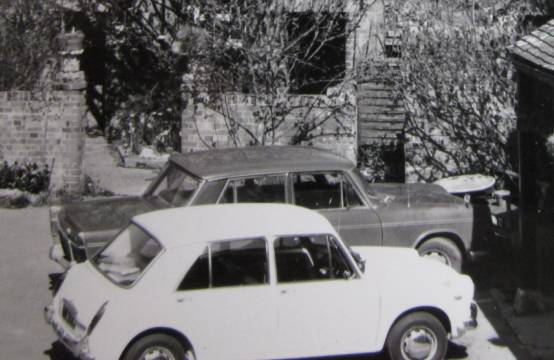 The cars outside the pub

A large house stands on the hill behind the leafless shrub. 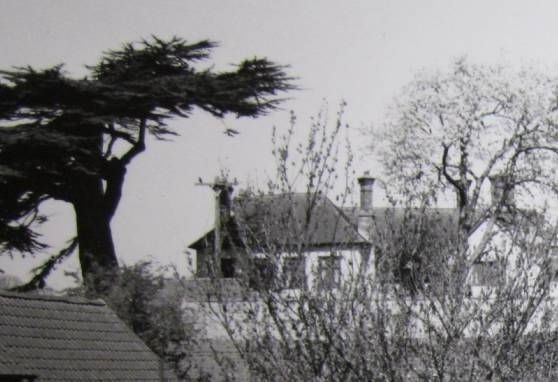 This is ‘The Old House’ parts of which date from the 13th century so it is, truly, an old house. It is on Parsonage Lane and the cedar tree still stands sentinel over it.