The Warringtons lived at Clyffe Hall in Market Lavington from sometime in the Edwardian era. Thomas Rolls Warrington was a lawyer. He probably spent much time in London since in 1904 he was appointed a judge at the High Court. He was knighted the same year. In 1915 he became Lord Justice of Appeal and he was also appointed a Privy Counsellor that year.

Thomas had been born in 1851 and he married his wife, Emma Maude Sturges in 1883. Emma was the daughter of a barrister called Decimus Sturges. We can presume she knew what she was taking on when she married Thomas.

Our photograph is believed to show the couple in 1920 in the grounds at Clyffe Hall. 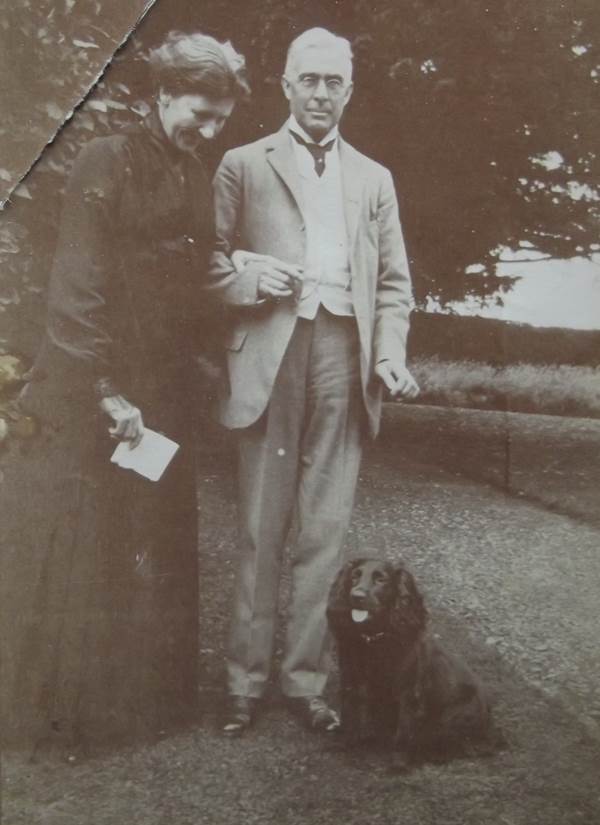 History has not recorded the name of the dog.

In 1926 Thomas retired and he was elevated to the peerage. He was made a baron and chose the title of Baron Warrington of Clyffe.

Thomas died in 1937. His death was recorded in the Devizes district – the couple still lived at Clyffe Hall.

We think Emma died in 1948 in Berkshire.

The couple died childless and so Thomas was the first and last Baron Warrington of Clyffe.