The Workman’s Hall was a Victorian building provided for the village by members of the Saunders family. Their aim was to further their temperance ideals but whatever anyone thinks of that, they provided a meeting and eating house for local people, with games and books for them. They also provided a fine building, still in use in three ways. Market Lavington Library, under threat of closure as we write, is in one downstairs room. There is also a local firm’s office downstairs and the large upstairs is used as a scout hall by the local Sea Scouts. 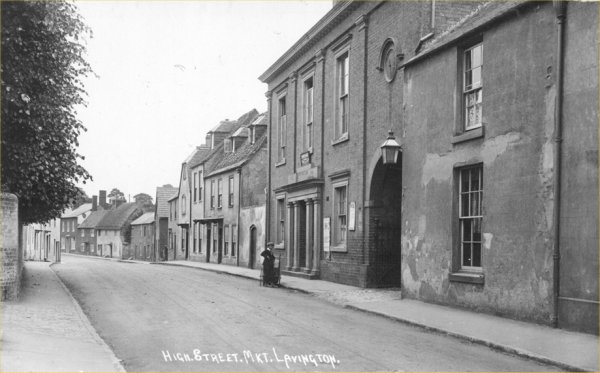 In our photo, the hall is the building with a carriage arch and a young man with cart standing outside. A square section gas lamp hangs over the carriage arch. The bracket for this still exists.

The building is a listed building and the citation reads:-

Workman’s Hall, now library, surgery and meeting hall over. 1865-6 for Edward Saunders Temperance Fund. Flemish brickwork with slate roof. Tall 2-storey facade of 4 bays, with carriage entry in fourth bay. Entrance central to the three bays, with flush stone portico on four pilasters and attic bearing inscription and date. Bays defined by giant brick pilasters with stone caps, eaves and sill bands. Sixteen-paned sashes with eared moulded stone architraves and cornices. Carriageway arch is of gauged brick with stone keyblock, and clock over with stone surround and dripmould. Gable stacks. Late C19 two-bay wing on left. Rear elevation altered. Loading door over carriage arch and simpler 16-pane sashes. Dentilled eaves. Interior has the large meeting hall on first floor. Window shutters in reveals. The building was erected by the temperance society and provided dole of soup and bread pudding when needed. Included for group value, and as an interesting example of the confidence of the social provision for the needy in the mid C19.

A boy with a cart stands outside the hall. No doubt it’s asking too much to hope anybody might recognise the lad. 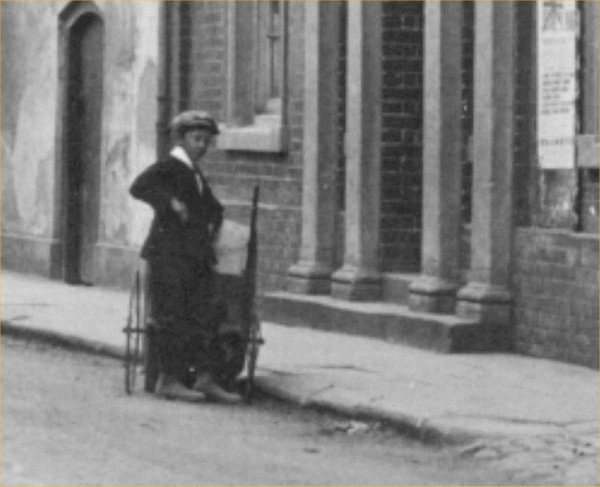 Boy with cart outside the Workman's Hall

Next door to the hall is Palm House which, in the early 19th century was the forerunner of the Fiddington House Asylum. Mr Willetts set up his home here and some say it was noise and disturbance from residents which caused him to move to Fiddington House. Others rather feel he thought bigger premises offered scope for bigger profits. 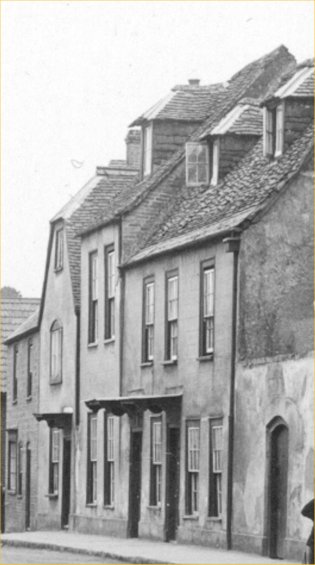 Palm House was once a private lunatic asylum

Further down High Street, one of the properties still had a thatched roof. It no longer does. The same building is now under tiles. 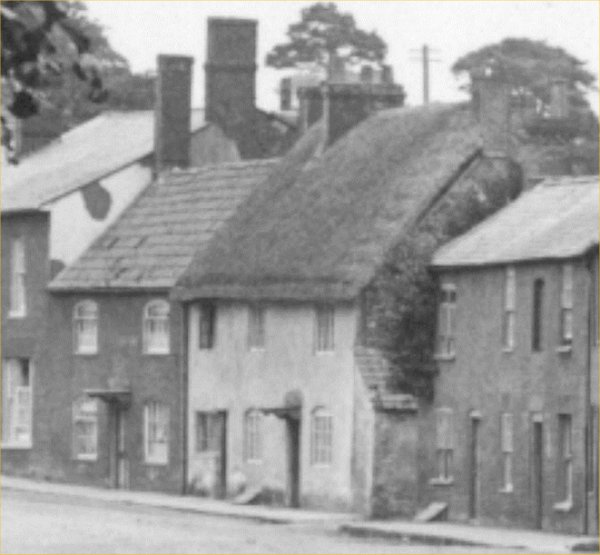 This house, thatched in 1900 is now under a tiled roof