This photo is in the collection at Market Lavington Museum. It shows three men, very much dressed for work. 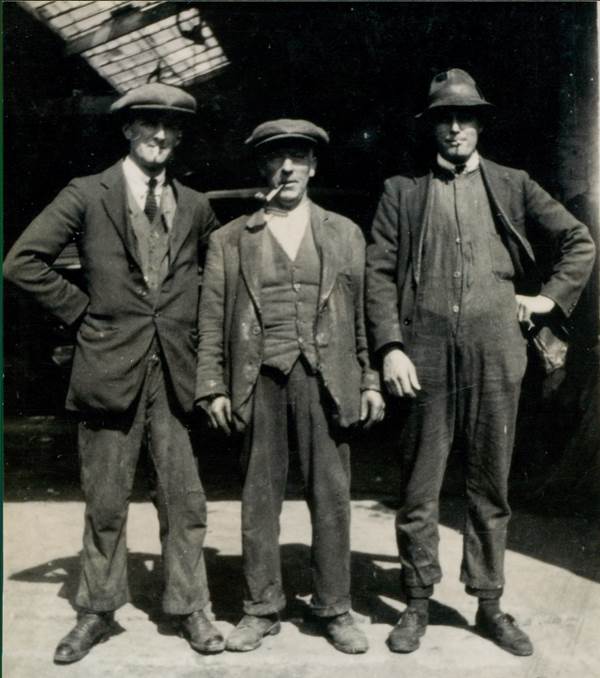 We know the names of the three men for they are on the back of the photo.

They are Perce or Percy Notton, Albert Cooper and Stanley (Stan) Cooper.

We believe the location could be at Fred Sayer’s bus depot which was in the Market Place.

Perce Notton was born in 1900. His father was a Baker and shopkeeper on High Street. It looks as though Percy lived at home until at least 1939. When he died, in 1958, the death was registered in the Marlborough area.

Stan Cooper was not an immediate relative of Alberts although they may well have been some kind of cousins. He was born around 1914 and in adult life he lived with his sister. He died in 1997.

On that basis we think the photo dates from the late 1930s.

As ever, we’d love to know more.