We seem to have had a bit of a railway theme on this blog recently, what with goods wagon labels and a brand new Hornby West Park Dairy tank. Now we add a ticket to the collection.

This is just as things happen. These three items have all been given to the museum – quite separately – in the last week or so.

Take a look at the ticket – and then wonder why we have it. 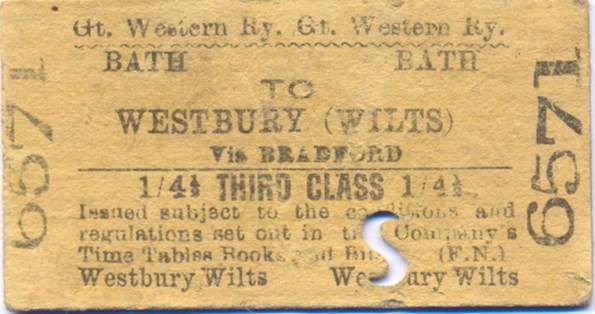 There’s no mention of Lavington station. What we have is a ticket for a single journey between Bath and Westbury, travelling third class. The ‘via Bradford’ is, of course, Bradford on Avon. The fare of 1/4½ is very much at the old ‘parliamentary’ rate of a penny per mile. It is about sixteen and a half miles from Bath to Westbury. The company was, of course, the old Great Western Railway. We love the ticket inspectors S shaped clip mark.

The reverse of the ticket has the date of issue on it. 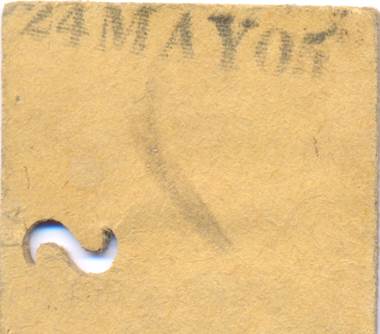 So what has this ticket got to do with Market Lavington? Well, it was recently found in a cellar at Clyffe Hall. It has, presumably, been there since 1905.

The cellar it was found in was converted to a cold room when Clyffe Hall was operated as a hotel. Maybe that helped to preserve the ticket.

But who used it? The most probable owner of Clyffe Hall in 1905 was Sir Thomas Rolls Warrington. He had become a High Court judge in 1904. We can’t believe that a judge travelled third class. So the simple answer is that we have no idea who used the ticket, but it has become Market Lavington history by virtue of its long sojourn in the cellar at Clyffe Hall.