We think of villages being very self-reliant in times past but of course, as the 20th century started, they did not live in total isolation and some goods needed to be brought in from elsewhere. Timber would have been available, grown, seasoned and readied for use in Market Lavington but we had no specialist saw mill so timber needed buying in. And here we see a bill for timber purchased from the saw mill at Honeystreet. 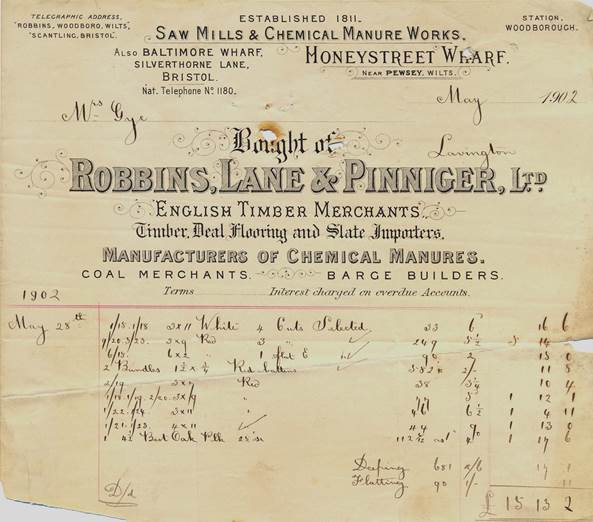 Bill to Gyes from the Honeystreet sawmill in 1902

The bill was issued to the Gye company who were carpenters, undertakers and more general builders later. It was issued by the firm of Robbins, Lane and Pinniger, timber merchants of Honeystreet just a few miles along the Vale of Pewsey and conveniently placed alongside the canal for transport. It is interesting to see that the firm also made chemical fertilisers, were coal merchants and barge builders. Sawmills still operate at Honeystreet more than 200 years after they started in 1811. 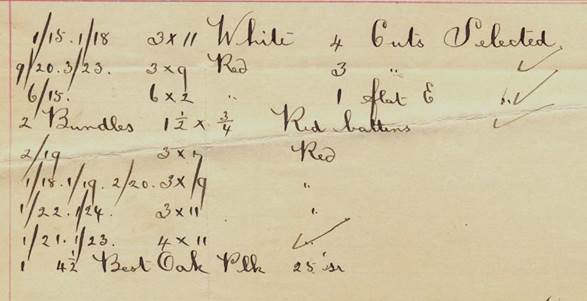 The items bought appear to have measurements and limited descriptions. We assume the dimensions are in feet and/or inches. 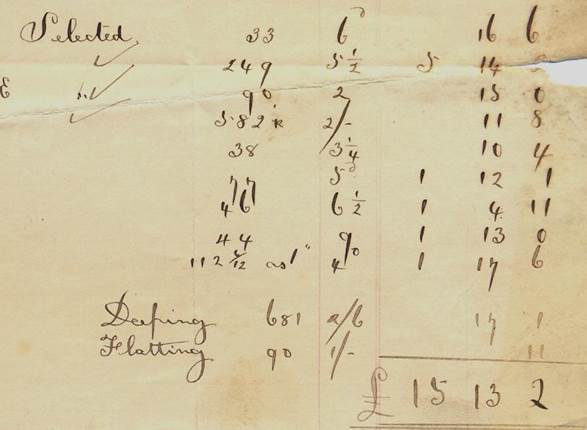 To be honest, the items are hard to comprehend but we are sure they made sense to the Gyes. The price seems high at a time when the average wage of a labourer was around 17 shillings per week (85p in decimal money).

We love this bill which really does seem to come from a past age.