Postcard producers had backed a winner in earlier times. In days of yore the post card was used where, later, people might have used the telephone and these days would use some form of electronic communication. Of course, postcards were not as instant as modern day methods but you could be pretty certain that a postcard sent one day would arrive at its destination the next day.

Messages on postcards were often something like, ‘Will arrive on the 10.30 train tomorrow morning’. It’s much the same as text messages today.

But postcards had an advantage. They were physical items so the message lasted and after the very early days you could select a picture on the front to suit the recipient. Now who, we wonder, might have received this one. 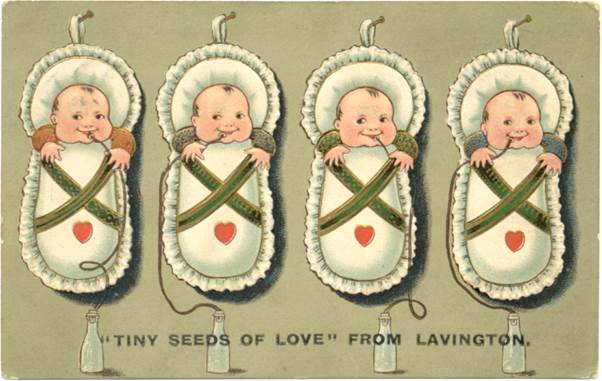 Could, maybe, a new mum have sent it to a husband serving in the First World War? If so, he might have been horrified at seeing what looks like quads!

No doubt someone was pleased to receive this and, clearly, the card was kept. Post card collecting was, of course, a very popular thing to do.