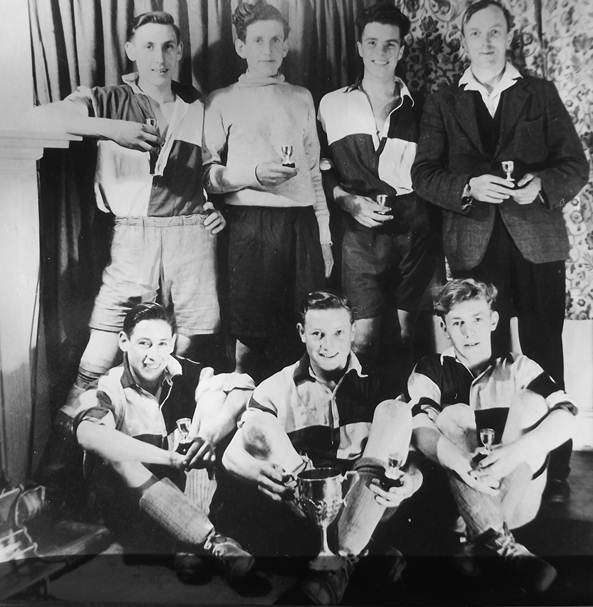 Market Lavington Under 18 football team in 1947

These young players look very proud and clearly they have won a trophy and each of them holds a small replica cup as well. This was in a Lavington under-18 tournament played during the 1946/47 season. Presumably it was a seven-a-side competition.

Congratulations to the team whose members will now be about 80 or a little more. Do get in touch if you could tell us more about this competition.