Old and unlabelled photos are something of a nightmare. The one we show today is labelled only by the name of the photographer who was (who else) A Burgess , photographer of Market Lavington.

That, of course, gives it the provenance we need to have the photo as an item at our local museum, but of course we’d love to know who the young lady is.

The photo is cabinet photo size and it looks as though it has been mounted in a hand cut frame to get the photographer’s name on the front. The back of the photo is entirely blank. The subject of the photo, the lady, has been vignette – no background has been included and only the head and only her head and shoulders show.

Virtually everything about this photo and mount point to it being from the first decade of the twentieth century. If a single year had to be picked we might suggest 1900 itself.

But who is the lady? 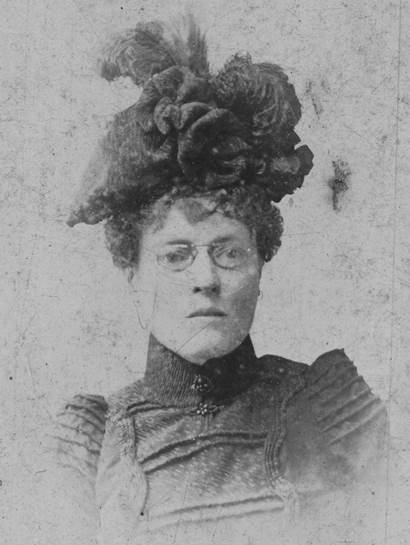 If we enlarge the lady and alter the contrast we can see that she was a glasses wearer and has the most wonderful and elaborate hat.

If anybody does recognise her, then do get in touch. Bear in mind that she might not be a Market Lavington lady. Photographers were few and far between in rural Wiltshire at that time.