Veg for the wounded

Very understandably there has been much concentration, this year, on the 100th anniversary of the start of World War One. Indeed, within days of the start of that conflict, injured men were back in British hospitals receiving treatment. Market Lavington played its part in looking after these men as this letter shows. 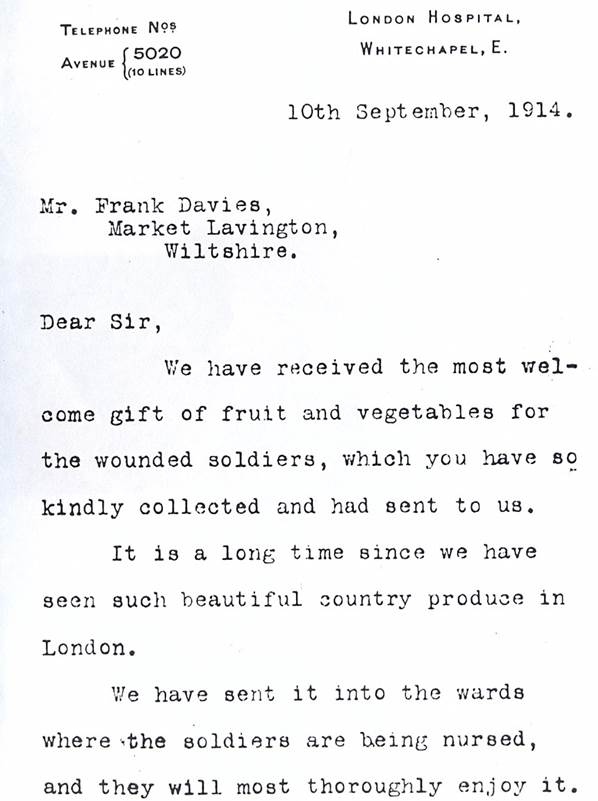 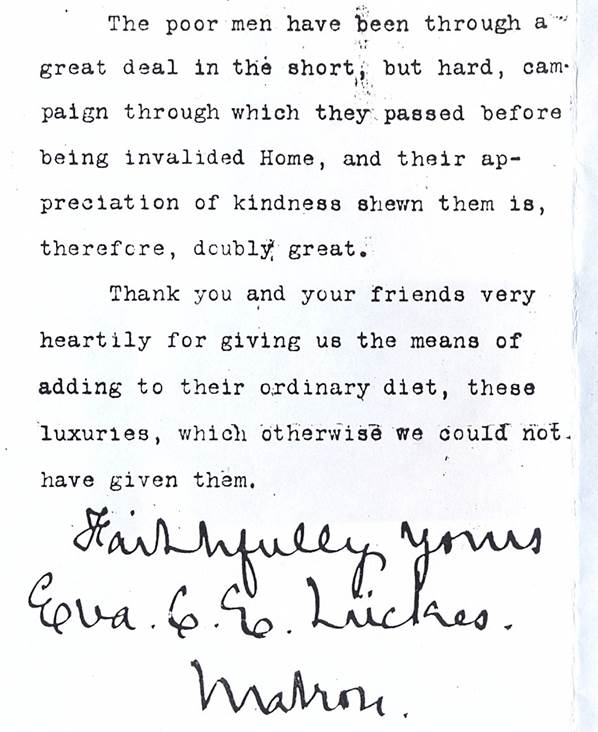 This letter, dated 10th September 1914 comes from The London Hospital and is signed by the matron – the head nurse – Eva Luckes. She is being thankful for the supplies of fresh vegetables sent to the hospital by Mr Frank Davies had collected and sent to the hospital.

Frank Davies still has grandchildren in the village – one of whom has recently retired after a long stint as the village newsagent. The family have always taken an active part in village life.

But perhaps in this case it is the date which causes most horror. The war had barely started and already men were having to be hospitalised and there had been enough time to collect produce and send it to the hospital.

The home front was alive and well very early in that war which was supposed to end all wars.