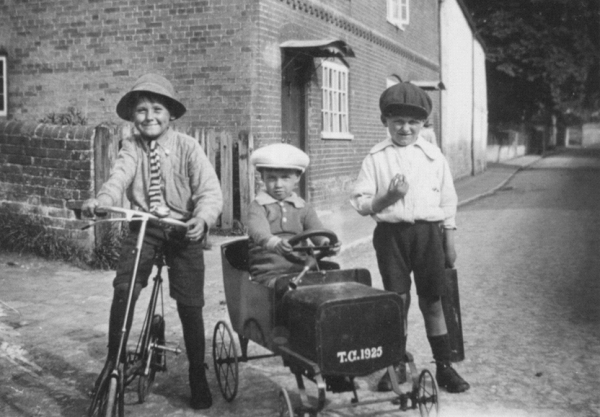 This picture purports to show Vick Tucker, Tom Gye and Ted Drury. The date is probably 1926. Tom Gye is in the car he was given for Christmas in 1925 – hence it’s personalised registration.

The photo was taken on White Street in Market Lavington, just at the end of The Clays. The large tree at Beech House is hanging over the road in the background.

Vick Tucker has not been traced yet, but it would seem that our original caption may be wrong. We’d like to hear from anybody who can positively identify the lad with the bike and the lad with the bat. You can contact the curator by clicking here.