Views from the Church

We have seen some of Mr Burgess’s photos from the church tower in the past. This one was taken straight towards what is now our museum building. It dates from 1909. 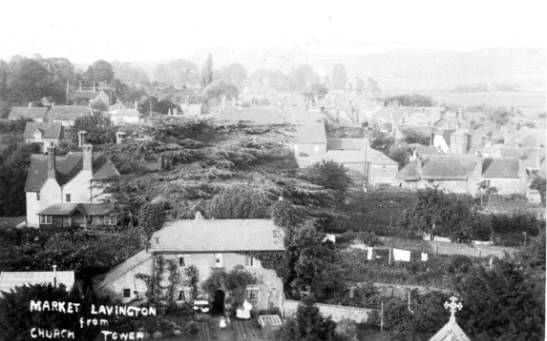 At that time, the museum building – nearest to camera, was a private house. It had been built as a house for the schoolmaster, but in 1909 Alf Burbidge lived there with his family – they may be visible in the garden. 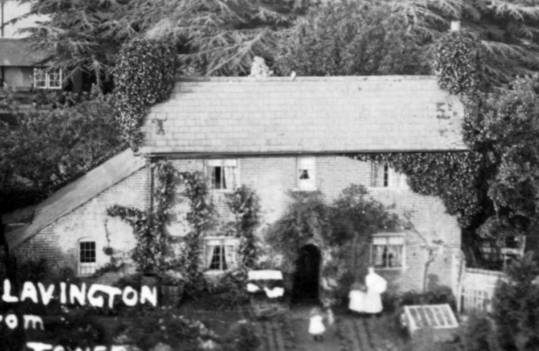 Close up on Market Lavington Museum building from the 1909 photo

Alf was a gardener, working for Miss Pleydell Bouverie who occupied The Old House’ which is at the left of the photo.

The scene looks idyllic, but it must be remembered that the Burbidge family were raised without the benefits of water, drainage, electricity or even actual road access. No wonder when the Burbidges finally left, the house remained unoccupied.

In the 1960s the school took it over. Alf’s garden became a playground and the house was used as practical classrooms and office space. But once again, the building fell into disuse when the new St Barnabas School opened in 1971.

After extensive renovations, the building became the museum in 1985.

Our next photo is a similar view from the church tower in 1990. 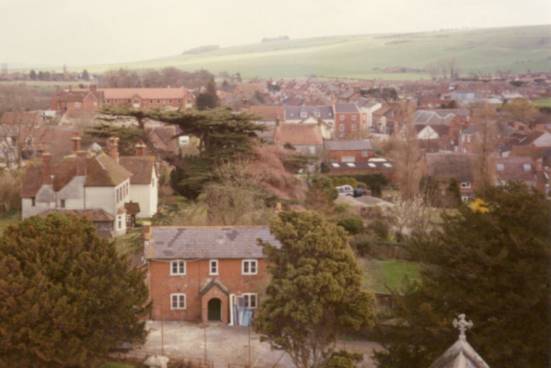 So what has changed? Well, that garden is clearly a playground with a high fence to try to keep balls in place. We can see the new buildings around the Market Place in the newer photo. In the background, just above the flat top of the cedar tree, we can also see a huge building, which is part of the nursing home in the village. 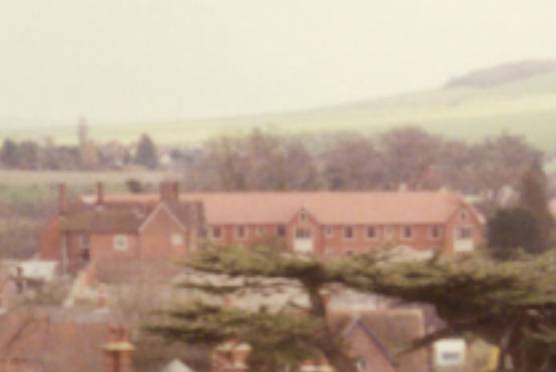 Market Lavington's nursing home is based around the old Vicarage

That still includes the old Vicarage – visible in both photos.