We have met Walter James before on this blog – in connection with a recipe we know he made. This time we’ll mention a recipe he had on his flour bags for it is one of these that we are looking at today.

Times change! In 21st century Britain, we expect most of our food to be pre-packed products but in times past food arrived at a shop in large containers so that the shopkeeper could bag it up as he or she sold it. This meant that food items like sugar and flour arrived in people’s homes in bags which showed the name of the shopkeeper, rather than the name of the manufacturer.

Walter James, who was a baker occupying Number 1 High Street, Market Lavington (the present Post Office), probably had a range of bags for different produce. What we have at Market Lavington Museum is one of his flour bags. It is twentieth century in origin probably from the 1920s.

The bag front tells us that the specially prepared self raising flour was suitable for all kinds of  fancy bread and pastry and was sold by W James, baker of High Street, Market Lavington. 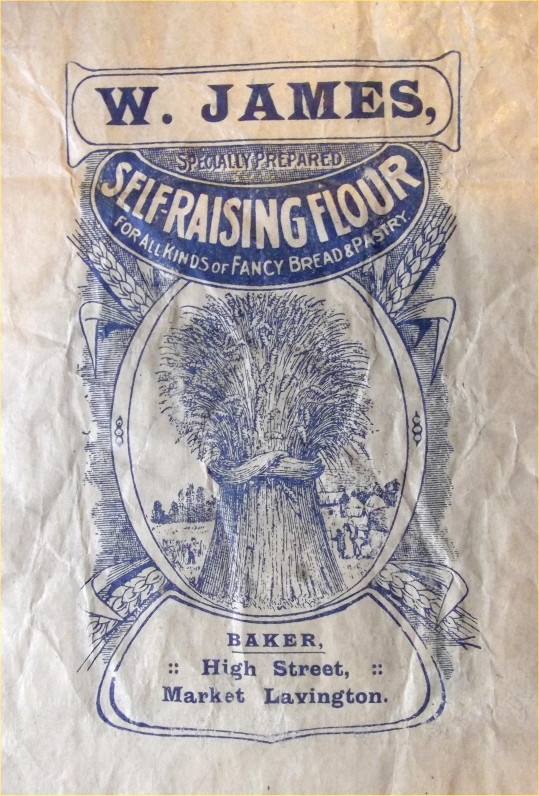 The back of the bag has recipe suggestions – things you could make with the flour. We guess these are put there by the flour supplier – hoping that the housewives of the day would want to make something and so buy a little bit more flour. 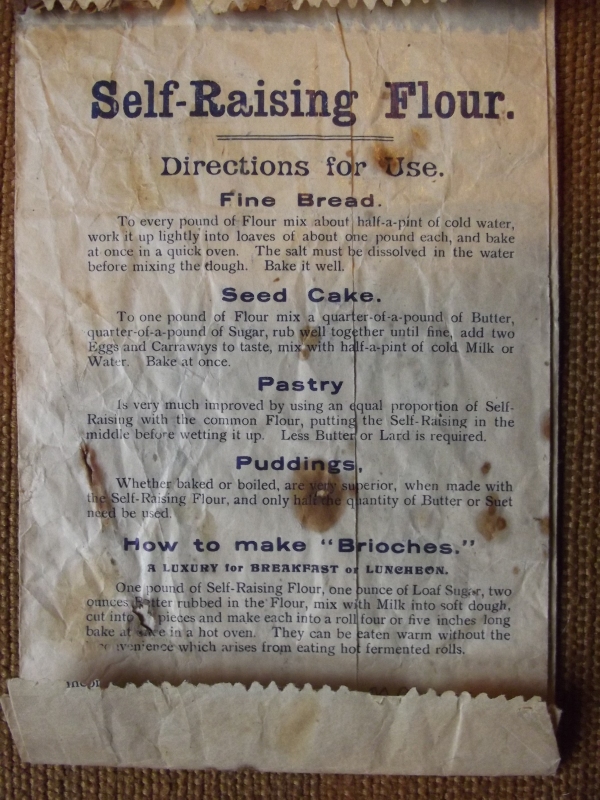 The back of the bag has recipe suggestions

Who knows – there could even be a recipe from this bag available to try at the Museum Miscellany which takes place on 17th September at Market Lavington Community Hall. Tickets are available from Market Lavington Post Office, or at the door.