Back in 1996 the old Parish Room was demolished and the site cleared as part of developments at the nursing home on High Street. Strange things can be found under an early twentieth century hut like building. This strange item is a well. 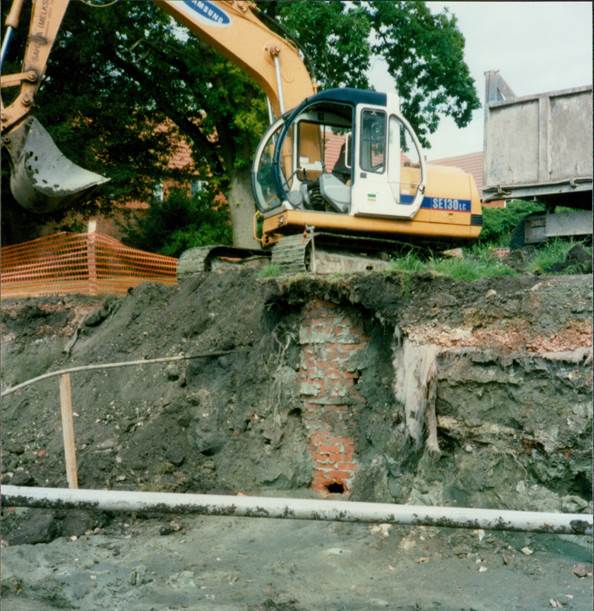 Well unearthed during 1996 developments at the nursing home

The team of workers may not have been aware of that well when they had their digger precisely on the top of it. It is interesting, though, to see the construction of a well from the outside.

That doesn’t look the safest place to be

The well is made of ordinary brick – probably Lavington made ones. If the finish looks a bit rough, then that’s not surprising since wells were constructed from the inside. This outside part was never seen when the well was in use.

We assume it has been safely capped by now.