Where was the landing strip?

Quite by chance, more than one local person has heard tell of a Market Lavington, World War 1 Air strip during recent weeks. What nobody knows is where it was.

The main evidence comes from a piece which was  posted on ‘The Great War’ forum on the web. This piece said,

At the National Archives I was looking through MUN 4/5850, “Guarding of buildings at aerodromes awaiting disposal”, when I came across a long list of “RAF stations for relinquishment or disposal up to 30/6/19”. They appeared to be mostly minor establishments, but I was surprised to see that “Market Lavington landing ground” was included, Market Lavington being a small town on the northern edge of Salisbury Plain.

I thought I knew my Wiltshire WWI airfields, but this was a new one on me. I consulted Rod Priddle, author of the 396-page Wings over Wiltshire, which inferred that there was a landing ground near Market Lavington early in WWII, but it was subject to air pockets, leading to its closure and a transfer of operations to New Zealand Farm by October 9, 1940. He was unaware of a WWI landing ground there.

There were two WWI landing grounds at Tilshead, four miles to the south of Market Lavington.

Any information will be very welcome. There are a number of AIR 1 files that may be worth my while consulting next time I visit TNA, but I wonder if they will have much to say about what would appear to have been a very modest facility.

Now we know about the World War II air strip which was on Salisbury Plain, quite close to the present Lavington Vedette. Indeed, we are reliably informed that a strange but extant pipe in the ground was a refuelling point for aircraft that landed there. 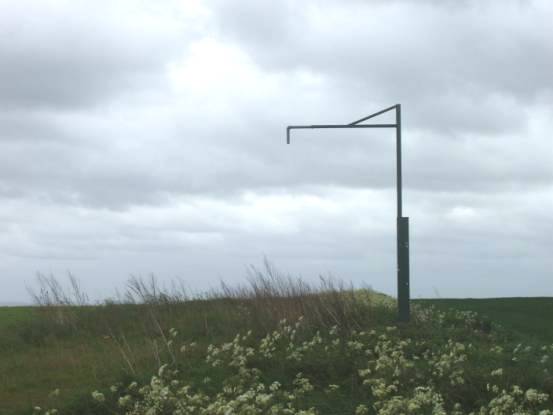 Can anybody help us solve the mystery of the location of the older air strip?