The year is 1993. Maybe the car is still king for it had been decided to improve the main road which runs through the Lavingtons to make it wider, straighter and faster. Twenty years on it may seem this was a mistake as long lengths of the improved road now carry permanent speed limits and parked cars in the villages do a wonderful job of making sure traffic passes through slowly.

In fact, when these schemes were planned, many people thought it was to make life easier for the cruise missiles which used the road on their way up onto Salisbury Plain. If that was the case there’s a certain irony in the fact that the decision had been taken to get rid of these missiles by the time the roads were improved. 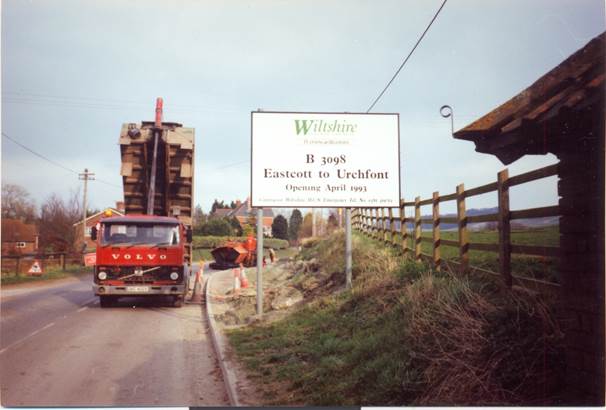 Road widening in progress at Eastcott in 1993

Our first photo sets the scene in Eastcott where a sign records what was happening. 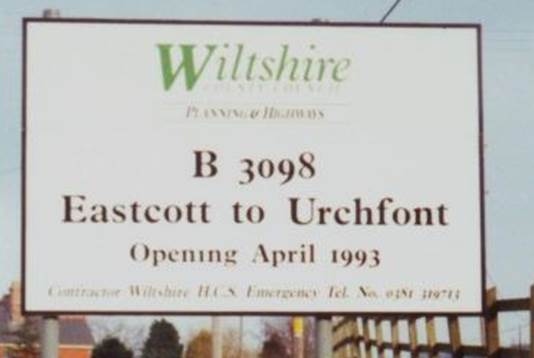 A new surface is laid

The scale of the works was quite large – and other stretches of the road were similarly – or even more massively, re-engineered.

Was there any advantage in the end? We do not know the figures, but maybe accidents have been reduced. Perhaps, journey times are a few seconds quicker than they otherwise would have been. And of course, those harsh new surfaces soon weather in and these days nobody will realise this was once a narrower route.