Today’s posting stems directly from yesterday’s. The letter we saw yesterday, from Sam Moore to his son, Wilfrid, serving in  the first war, looked to have been written in 1915, but this didn’t ring true so here we look at some of Wilfrid’s war record which points to the letter being sent at the end of 1918, with the war over.

First of all, we have Wilfred’s attestation document. Many records from world war one have been damaged by fire and water. But Wilfred’s was amongst those that escaped total destruction. 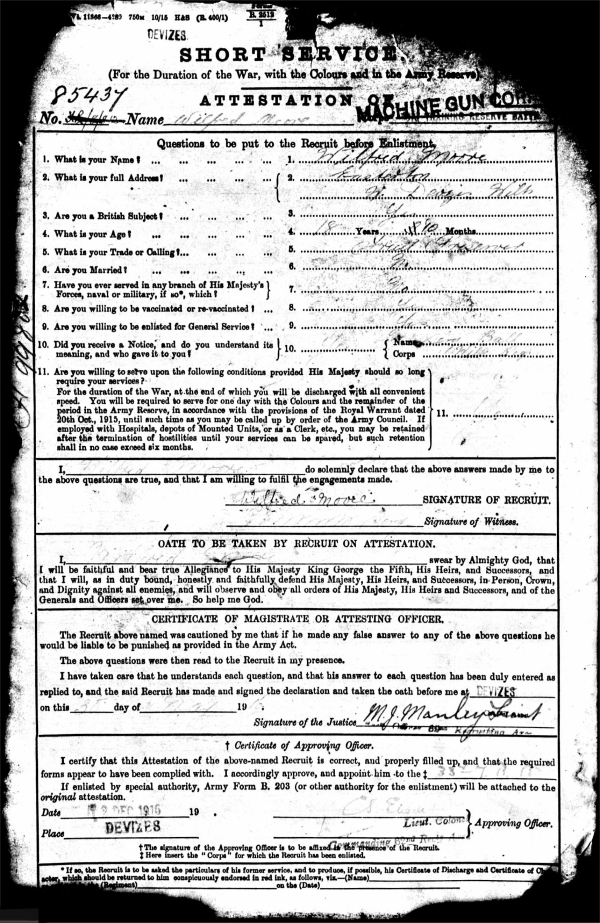 It tells us that Wilfred, a fruit preserver of Easterton, Wiltshire, signed up in December 1916, aged 18 years and 10 months old.

The active service record has survived a little more intact. 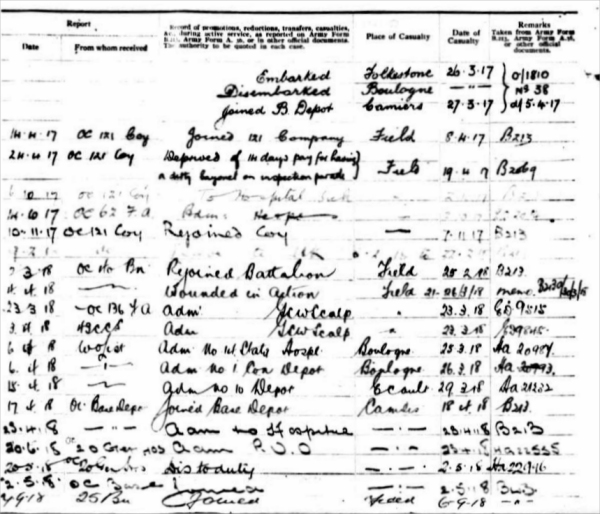 He embarked at Folkestone, for France on 26th March 1917 and disembarked at Boulogne the following day.

Ten days later he had a salutary lesson in military discipline when he was deprived of fourteen days pay for having a dirty bayonet on parade.

He was hospitalised a couple of times. The record does not say why, but his application for a pension was rejected because he had no disability – something signed to by Wilfred himself. 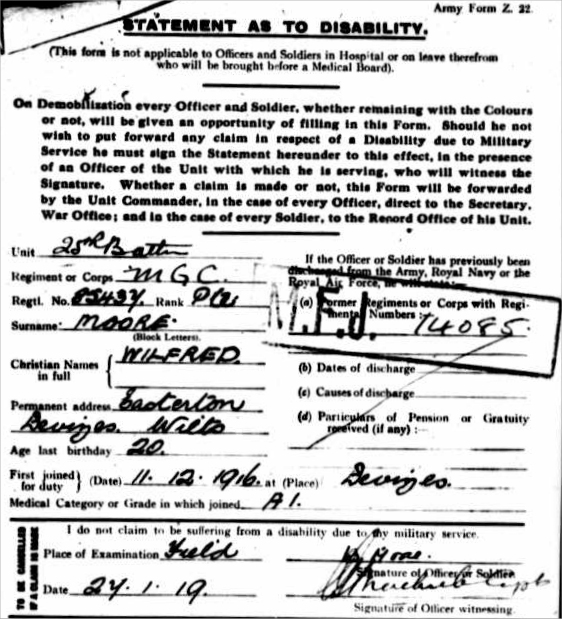 Sam Moore, who so earnestly wanted his son home to help in the jam factory did not have too long to wait for he was demobbed on 27th January 1919.

We can also see that Wilfred was not serving in France in 1915 so our letter, as shown yesterday,  must be after that.