William Cambridge was an agricultural engineer who lived and worked in Market Lavington in the 1840s. During this time he proved to be innovative in a number of areas. He is probably best known for his roller – the Cambridge roller which still finds use all over the world.

In 2009 we mounted a display about William Cambridge at Market Lavington Museum, but here we’ll look at an item which we discovered after we set up that display.

William was an early entrant into the manufacture of so called portable steam engines. These were simple devices which could be towed – probably by horse power – from place to place to drive agricultural machinery. Our Mr Cambridge realised that efficiency could be improved if the cylinder and piston were kept warm so he devised a system of using the engine boiler to do just that. It was simple really – just put piston and cylinder on top of the boiler. 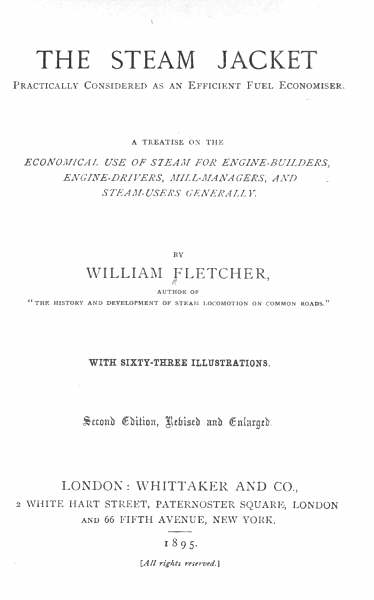 Now this book – on steam jackets – may not sound exciting, but it clearly ran to a second edition so it must have been quite highly thought of.

And a look at the index is revealing for Cambridge (I have underlined his name) appears alongside such greats as James Watt and Thomas Newcomen. 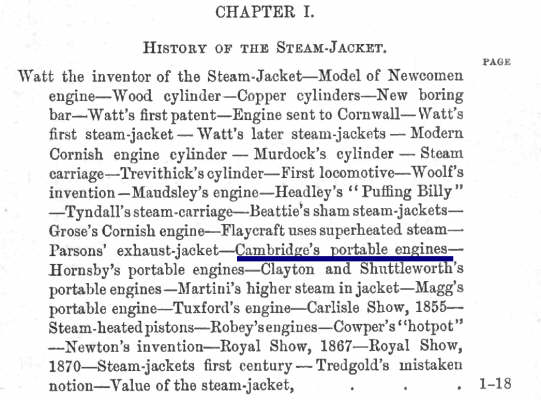 Contents Page from 'The Steam Jacket'

This is the entry in the book for our William.

William Cambridge of Market Lavington from 'The Steam Jacket'

One of the illustrations in the book is of a Cambridge arrangement of boiler and cylinder. 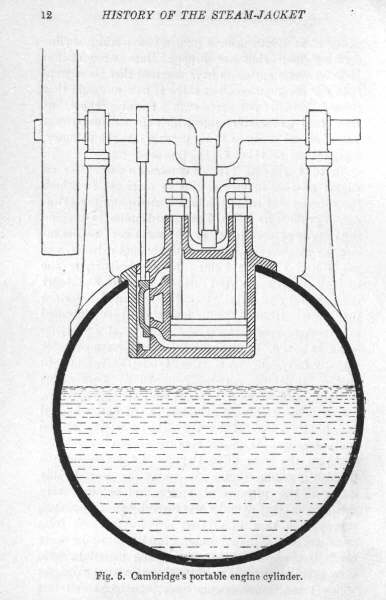 We have much more information about William Cambridge in the museum but we are always keen to learn more so if you have any information then please contact the curator.