Mr Laycock was the headmaster of Market Lavington School in the early part of the 20th century. As far as we know he had no connection with Mr Phil Laycock who was headmaster at St Barnabas School towards the end of that century. 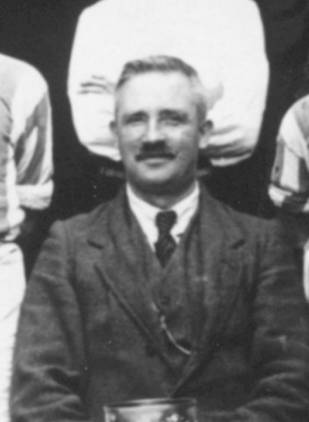 Today we see the first Mr Laycock. William Shepherd Laycock was born in Keighley in Yorkshire in about 1879. His parents were John and Betsey and John was a joiner. In 1881 the Laycock family lived at Settle. In 1891 young William and his mother were living on grandfather, William Shepherd’s farm at Dent way up in the moors.

By 1901 our Mr Laycock had begun his career as a teacher, working as a pupil teacher and living in Skipton.

William Shepherd Laycock married Mary Edith Morten or Morton in 1906 in the Macclesfield district of Cheshire.

The young couple clearly moved around for first child, James Morton Laycock was born in the Whitby district of Yorkshire and the next, John Craven Laycock hailed from Chapel en le Frith in Derbyshire.

By 1911 the family lived at The Green in Urchfont and William was a head teacher.

Teaching was never an easy job and we know that Mr Laycock felt the stress of his position and ill health made him give it up. But Mrs Laycock took over as head for a while.

The 1926 electoral roll shows the couple living on The Terrace in Market Lavington but with their names crossed out, so presumably they moved on as this register was published.