It is hard to remember, now, just what a central area of Market Lavington looked like for much of the second half of the twentieth century. Back then, the village was very much a working place and the agricultural engineers were amongst the bigger employers. The firm became ‘Wiltshire Agricultural engineering co.’ often just called ‘Wilts Ag’. And this was their site prior to demolition and clearance. We think the photo dates from around 1990. 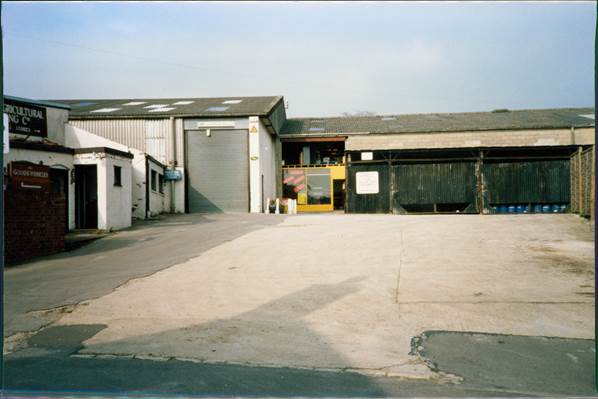 Wiltshire Agricultural Engineering site in about 1990

The photographer who took this was standing in a corner of the Market Place.  This view was looking east, more or less parallel with the High Street. We can see the yard and buildings of the engineers.

A second photo shows the area alongside the High Street and immediately opposite the butchers.

Again this was taken from The Market Place and a similar shot today would show the chemist shop and other buildings which front Rochelle Court.

This area, alongside High Street, was used as a car park

This area is certainly neater and tidier these days but of course, Rochelle Court provides homes but not employment.

The Market Place area of the village is one of the most changed. Very little remains of the pre-1960 Market Place.