This little guide which cost a mere 55p when new in 1976 was written by well known Wiltshire author, Lornie Leete- Hodge. 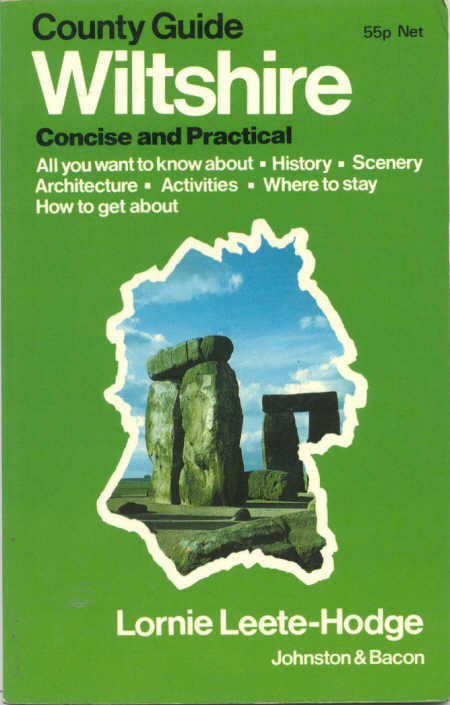 It has just been given to Market Lavington Museum for it has a small entry about our village. Here’s what it says.

As the name implies, this was a market town from the Middle Ages to the 19th century, for the sale of sheep and corn.

The church is 14th-century with fragments of Norman masonry .

The Legend of the Drummer Boy (Ingoldsby Legends) originated here and the boy’s accusing ghost appeared to his murderer and forced a confession. He is seen on the road across the Plain at Drummer’s Post.

A cottage above the old smithy belonged to Tom Smith of dewponds fame. For centuries, Tom Smiths have handed down the secret of making a pool on top of bare hills, constructing it so that it will never run dry. The last pond made by the late Tom Smith was in 1938, and they are an unique feature of the county.

To make sure you don’t try to ring Clyffe Hall I have removed the actual number.  Clyffe Hall ceased to be a hotel quite soon after the publication of the book. In fact, there is no longer a Lavington exchange.

It is interesting to see what features of the village were picked on some ten years before the museum opened.